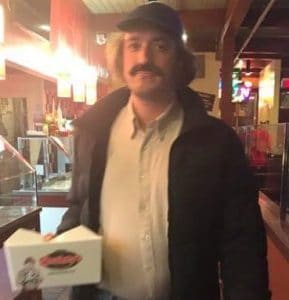 1. QUALIFICATIONS?
High School Drop Out
2. CREATIVE LIFE HIGHLIGHTS?
All of my vinyl, cassette and 7inch single releases.
3. AMBITIONS?
more music releases, bands, etc…
4. SONGS YOU WISH YOU HAD WRITTEN?
too many to list
5. DESERT ISLAND DISCS?
The Cars Greatest hits
6. FAVOURITE ARTISTS/BANDS OF ALL TIME?
too many to list
7. WHAT MUSIC ARE YOU LISTENING TO NOW?
nothing , i am sitting in my living room in complete silence
8. THE LAST BOOK YOU READ?
Baker Creek Heirloom Seed Co.
9. HOBBIES?
Basketball, playing guitar. drinking beer, making love, listening to music, recording music, making fun of people, watching t.v. , listening to nature.
10. VINYL, CASSETTE, CD, MP3, WEB STREAMING?
VINYL, CASSETTE, CD, MP3, WEB STREAMING…
11. INDIE MUSIC IN THE AGE OF THE INTERNET?
NO COMPRENDO WHAT YOU CHIRPIN’ TO MY LOBES GROM ZOM.
12. WHAT IS YOUR PERSONAL MOTTO?
“Fuck This Shit” “And For What?! “ 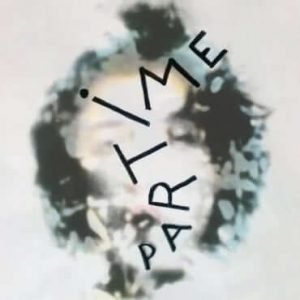 David Loca’s prolific release schedule under the moniker Part Time has rendered his project name obsolete, with numerous LPs, cassettes, and 7″s appearing since its self-titled 2009 debut. Much like Ariel Pink, Part Time’s low-budget new wave pop songs, largely recorded solo, contain their fair share of wackiness, but generally exhibit a wide-eyed appreciation for pop songcraft. The project’s two albums for Mexican Summer, 2011’s What Would You Say? and 2013’s PDA, are its most polished and direct, while limited cassette and LP releases for labels such as Burger Records are rougher; the sprawling 20-track double LP Virgo’s Maze consists of tracks recorded over five years in different locations through various mediums. As such, it’s inconsistent by nature, but it contains a sizable amount of gems. Crystalline, reverb-drenched fantasies like “My Jamey” resemble a less paranoid John Maus, while the shimmering “Touch Me Responsibly” has a simple, irresistible synth hook and a safe-love message. Most of the album’s straightforward synth pop tunes seem to be built on a framework derived from Kraftwerk’s “The Model,” particularly the android-themed “The Garvo623 (My Robots Brain),” but also the title track and opening cut “The Cost of Living.” 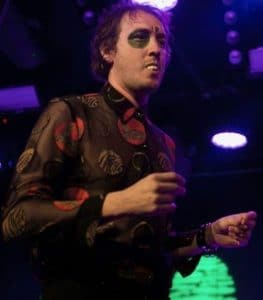 The lyrics are generally positive and reflective of the fantastic splendor of Los Angeles city life, and songs such as “B U” and “Don’t Sweat the Small Stuff” have an especially encouraging message. There are a few moments when Loca’s sense of silliness threatens to derail his songwriting skills, such as the fake German vocals of “Ganz Wien” or the dopey, Muppet-like singing of “Honey Lips” and “Fallin’ 4 U” (which piles on cartoon sound effects for its final 90 seconds). He also does a messy cover of “I Saw Her Standing There” with exaggerated “Monster Mash”-style vocals. It’s hard to really fault him for these jokey moments, though, as he’s clearly making music for the fun of it, and his restless creative spirit makes Virgo’s Maze an enjoyable, if slightly exhausting, listen.