(THE MOTHERS OF INVENTION) 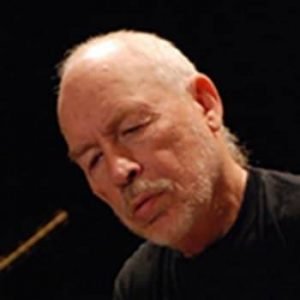 1. QUALIFICATIONS?
None
2. CREATIVE LIFE HIGHLIGHTS?
Playing bass with Elvin Jones for 2 years. Playing with Zappa, Gil Evans
John Carter/Bobby Bradford, Michael Mantler and Carla Bley
3. AMBITIONS?
writing for a full orchestra
4. SONGS YOU WISH YOU HAD WRITTEN?
The Rite Of Spring, Atmospheres by Ligeti
5. DESERT ISLAND DISCS?
Mysteries Of The Macabre – Barbara Hannigan
6. FAVOURITE ARTISTS/BANDS OF ALL TIME?
Gyorgy Ligeti, Toru Takemitsu Glenn Gould, Stravinsky
7. WHAT MUSIC ARE YOU LISTENING TO NOW?
mine- Filters Oscillators and Envelopes
8. THE LAST BOOK YOU READ?
The Higher Worlds and Its Atainment – Rudolf Steiner
9. HOBBIES?
painting, magic, real magic – if you ask Penn (ed. Penn Jillette) what is real magic he will say it doesn’t exist.
10. VINYL, CASSETTE, CD, MP3, WEB STREAMING?
I miss the music stores that have all but disappeared. Never liked vinyl. Love CDs. I want something in my hand with the art work to go with it.
11. INDIE MUSIC IN THE AGE OF THE INTERNET?
The more unknown you are the more the internet works for you. Itunes doesn’t rip you off because they don’t know you but you can use all their resources to study and learn music. However I have hundreds of songs on the Itunes that a lot of people listen to and never received a penny.
12. WHAT IS YOUR PERSONAL MOTTO?
Eat Life 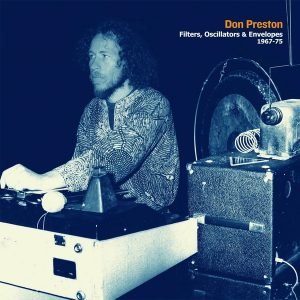 One could hardly not see in Don Preston a key musician within Frank Zappa’s oeuvre. He is not only that, but his presence has marked The Mothers’ major records from 1966 to 1974. His touch was already there before the arrival of Ian Underwood, and it continued after Ian left. You all remember King Kong (its magnificence as interpreted by Dom DeWild) from the second Uncle Meat suite. A certain form of jubilation emanates from this track, thanks to Preston’s fluid style and lightly astringent tone on the Moog synthesizer – that instrument never sounded quite like that before or after. This might have to do with his double training, his twin interests, since he had been simultaneously working with Gil Evans and listening intensely to Luciano Berio, Karlheinz Stockhausen, and Tod Dockstader. Immersed in jazz music, he was imagining secret ties with the nascent electronic music.

In the mid-’60s, Preston started developing an electronic instrument, using a home-made synthesizer and a series of oscillators and filters. Out of this instrument came Electronic (1967), his first piece. Two years later, he became a close friend of Robert Moog, and their discussions gave birth to a number of applications in relation with the flexibility of the instrument. Nowadays, you can’t mention the Mini-Moog without thinking of Preston. Bob Moog himself said about his solo in Waka Jawaka: “That’s impossible. You can’t do that on a Moog.”. Filters, Oscillators & Envelopes features the other side, the hidden side of Don Preston: the composer of purely electronic music. 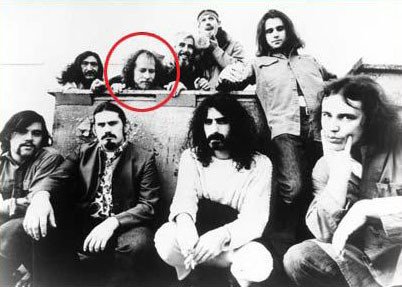 Don Preston:
“We’re coming to the beginning of a new era wherein the development of the inner self is the most important thing. We have to train ourselves. So that we can improvise on anything: a bird, a sock, a fuming beaker. This is, this too can be music. Anything can be music.”
Extracts from Uncle Meat, 1969, The Mothers of Invention

Out Of The Vault 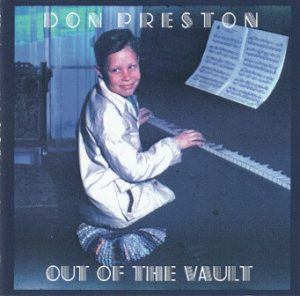