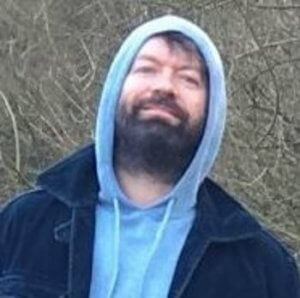 2. CREATIVE LIFE HIGHLIGHTS?
Being invited to play a BBC radio session with my band, The Monkey Run. Supporting The Stones Roses, The Chameleons and The Wedding Present. Playing guitar on two great EPs by The Last Peach. Supporting Pulp. My three ‘solo’ albums released as Black September and Black Sedan. My sports books, Believe in the Sign, Blue Moon and Life at the Top. And my two novels, The Last Mad Surge of Youth and That Summer Feeling.

3. AMBITIONS?
To be as loyal to my talent as possible and see how far it takes me. And, most of all, to accept and be happy with myself, whatever. Easy!

4. SONGS YOU WISH YOU HAD WRITTEN?
Hundreds and thousands. Too many to mention.

5. DESERT ISLAND DISCS?
I would choose eight songs that remind me specifically of certain people – friends and family, or of a particular time in my life.
Daisy Taylor – Popsy-Wopsy
Elvis Presley – The Wonder of You
Bobby Vinton – Roses are Red
Black Sabbath – Changes
The Silver Seas – What’s the Drawback?
Modern English – Melt with You
The Lotus Eaters – The First Picture of You
Berlin Philharmonic Orchestra – Adagio in G Minor (Albinoni)

8. THE LAST BOOK YOU READ?
I’m always reading about 10 books simultaneously. Last night I dipped into ‘Who or What Were They?’ by Alan Godfrey, about an alleged alien abduction of a police officer in a town near to where I live. My favourite writer of all-time is Alberto Moravia.

10. VINYL, CASSETTE, CD, MP3, WEB STREAMING?
I think we’re all too wrapped up on the different formats. Stating the obvious, music is music, no matter how it is accessed.

12. WHAT IS YOUR PERSONAL MOTTO?
Crede Signo 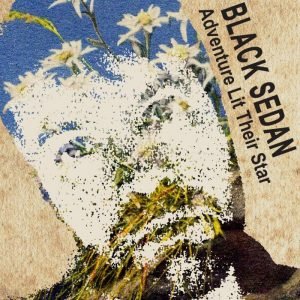 Black Sedan is a collective of musicians rallied by the journalist/author/publisher, Mark Hodkinson. Mark began the project two years ago. He explains the name. ‘‘When I was growing up, there was a record shop in town [Rochdale, to where his family had moved from nearby Manchester] called Black Sedan. I often got close to the door, smelling the patchouli oil and hearing all these great sounds, but was too intimidated to actually go in. By the time I’d plucked up the courage, it had closed down.’’

The album, Adventure Lit Their Star, is furiously varied with no less than five vocalists and upwards of 30 contributing musicians. In its down tempo, cut-up moments it has been said to evoke Boards of Canada, The Avalanches, UNKLE, The Sound Defects, Tommy Guerrero or Christopher Goze but when it’s upfront and at-you, it’s as simple and direct as power pop maestros Nada Surf, Material Issue, Army Navy, Oh Sees or The Shout Out Louds.

And, of course, there’s always Hawkwind – Black Sedan cover Robert Calvert’s The Right Stuff, and This Is Your Captain Speaking: Your Captain Is Alive is, near enough, a tribute to space rock’s finest. Almost always, you can tell what an album is going to sound like after the first two or three tracks,’’ says Mark . ‘‘I think a record should be eclectic and challenging, every song taking you somewhere else. I am a huge music fan with thousands of records and two iPods full of music. I’ve tried to bring a bit of absolutely everything to the record.

’’The opening number is Love on Love featuring lengthy samples from Charlie Chaplin’s famous speech in the film, The Great Dictator. ‘‘I saw the film about 10 years ago and became obsessed with the power and prescience of the speech. Since then, I’ve tried numerous ways to make it work properly as a song. At one point I set it against David Bowie’s Be My Wife but his management wanted a huge portion of the publishing, so I had to start all over again,’’ he says.

The new version, produced by the highly respected Sean McGhee (Alanis Morissette, Sugababes etc) has a chorus ‘borrowed’ from Nada Surf’s Blonde on Blonde. ‘‘I’ve had permission from Chaplin’s estate and Nada Surf, and, with Sean’s invaluable input, I think we’ve now framed perfectly the message within a haunting three-minute pop song.

’’Singer on Love on Love and four more tracks is Kellie While, better known in folk circles for her work with Thea Gilmore, Richard Thompson, Fairport Convention, Martin Simpson and the out-there, Reel and Soul Association. The other main vocalist is John Matthews, frontman with the newly-re-formed Manchester band, The High. ‘‘Kellie is a great singer,’’ says Mark ‘‘She’s not as steeped in the indie shtick as I am, so she takes the songs off somewhere completely unexpected. I’ve loved John’s singing for years and years, right back to when he played in a local [to Manchester] band called Turning Blue.

His voice is unusually vulnerable and as honest as he is.’ ’Other major players on the record include Geoff Read, Miles Moss, Christian Brett and Terry Eves. ‘‘Everyone brought with them their own style of playing or interpretation of what I asked of them, and then trusted me to shape it into a great big slab of lovely, thought-provoking music,’’ says Mark. ‘‘I’ve been told the album is a ‘hard sell’ which is disappointing because originality should be coveted and then supported, not considered a fearful challenge.’’