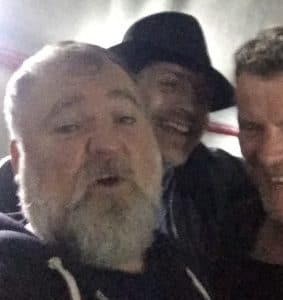 1. QUALIFICATIONS?
Crikey, It’s been a while. I think I got 7 or 8 O-levels. I was good at maths. I did some A-levels but I’d got into a band by then and didn’t really give a shit. I took a Masters degree a few years ago in Radio Production, that was good.

2. CAREER HIGHLIGHTS?
I’m very proud of all the albums I’ve worked on, this last Dodgy one especially. But I suppose the thing I am most proud of that I have help create is my son, Oscar.

3. AMBITIONS?
I’d like to live in America, even if it’s just for a few months. Also to buy a place in Greece.

4. SONGS YOU WISH YOU HAD WRITTEN?
Sam Cooke – A Change Is Gonna Come, Bob Dylan – Tangled Up In Blue

5. DESERT ISLAND DISCS?
All 8 of them? Okay, they change quite regularly but here goes – Had Enough – The Who, Wild Is The Wind – Nina Simone, Family Affair – Sly and The Family Stone, Higher Than The Sun – Primal Scream, Don’t Talk (Put Your Head On my Shoulder) – The Beach Boys, Strawberry Fields Forever – The Beatles and those two above.

6. FAVOURITE ARTISTS/BANDS OF ALL TIME?
The Who, The Dubliners, Sly and The Family Stone, Neil Young, Pink Floyd.

7. WHAT MUSIC ARE YOU LISTENING TO NOW?
The Dubliners.

8. THE LAST BOOK YOU READ?
The Rise Of The Super Furry Animals – Ric Rawlins

11. INDIE MUSIC IN THE AGE OF THE INTERNET?
Not sure what you mean??

12. WHAT IS YOUR PERSONAL MOTTO?
There will always be more good times.

What Are We Fighting For 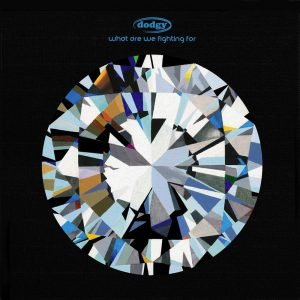 WHAT ARE WE FIGHTING FOR is the fifth album from Dodgy – Nigel Clark, Mathew Priest, Stu Thoy and Andy Miller – and their first new material since their lauded comeback reunion album, Stand Upright In A Cool Place (2012).

Self-produced and mixed in Worcestershire, the album was produced by Nigel, and recorded and engineered by Dave ‘Done’ Draper at Tower Studios, Pershore.

The album boasts the amazing Vanessa Wilson from Ultrasound on four tracks, including ‘What Are We Fighting For’ and ‘You Give Drugs A Bad Name’, two central tracks of the album.

Influenced by July, Harmonium and Can and Nigel’s new-found love of bands like Atlas Sound and White Fence, Dodgy believe WHAT ARE WE FIGHTING FOR is their best record. Fans include Cenzo Townshend (Florence, U2, Primal Scream), who demanded to mix some tracks; and Rob Da Bank, who offered Dodgy a slot at Bestival. 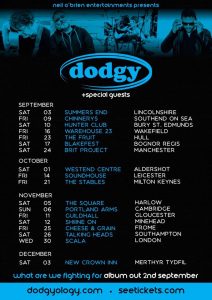 Back in the 90s, Dodgy sold over a million records worldwide, released three albums and enjoyed 12 Top 40 singles, including ‘Staying Out For The Summer’ (recently used on the trailer for Top Gear), ‘In A Room’, ‘If You’re Thinking Of Me’ and ‘Good Enough’.