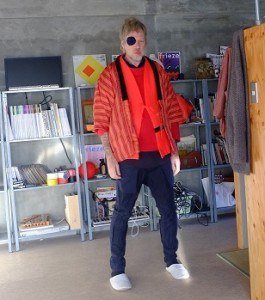 1. QUALIFICATIONS?
In retrospect I definitely got “over-qualified” for a career in music by studying literature for four years before launching myself as Momus. I should probably have gone to art school instead, that might have worked better. But I can’t deny that all those books did filter into the songs, and maybe gave them some added robustness, some stiff card and stitching down the spine.

2. CAREER HIGHLIGHTS?
It felt pretty good to be noticed by David Bowie in 2013 after a lifetime spent noticing him.

3. AMBITIONS?
For David Bowie to cover one of my songs. Ha, not really. I just want to keep making the kind of books and records I do, but get a little more respect for doing it.

4. SONGS YOU WISH YOU HAD WRITTEN?
Oben in Eck by Holger Hiller and Wolfgang Müller. Joe the Lion by Bowie. Love Is A Bourgeois Construct by the Pet Shop Boys. This kind of question is interesting, actually, because you’re not just wishing you’d written someone else’s song, you’re also imagining the parallel world in which you are the kind of person able to do it. So, with Joe the Lion, I’d be this hysterical, chaotic, awake-asleep person who nevertheless pulls everything off with complete aplomb.

5. DESERT ISLAND DISCS?
I actually would be happy just with the sound of the waves and birds and maybe some hastily-improvised percussion made from coconut and conch shells.

6. FAVOURITE ARTISTS/BANDS OF ALL TIME?
There are so many! But also I’m a bit wary of fixed lists, because I have a dialectical model of appetite: as soon as you’ve fixed a canon you get this impish urge to smash it. You can like stuff so much you get sick of it. Then you need to start liking what you hate, just to grow. You should undermine your own fixed tastes, and other people’s. Then again, as Howard Devoto said, “my mind ain’t so open that anything can crawl right in”.

7. WHAT MUSIC ARE YOU LISTENING TO NOW?
The last thing I really liked was by a painter from Ecuador called Maureen Gubia. She just makes these bizarre sound collages and puts them up on her Bandcamp: https://gubia.bandcamp.com/album/marais-sucr

8.THE LAST BOOK YOU READ?
The Diaries of Denton Welch. He’s an excellent writer who died in the 1940s of injuries after a cycling accident. He was a big influence on Burroughs.

9. HOBBIES?
I recently got back into photography in a big way. I used to develop and print my own pictures when I was 20. I had an SLR camera — a Praktica L — and a few lenses. Recently I bought a mirrorless rangefinder camera, a Fujifilm X-Pro1, which can use old lenses. I’m having so much fun fitting ultra-wideangle security camera lenses to it, or experimenting with old Pentax Super-Takumars. My other hobby is cycling endlessly around Japan. They go quite well together.

10. VINYL, CASSETTE, CD, MP3, WEB STREAMING?
My new album Glyptothek is samples of old Japanese folk 45s. I play them on an orange mono record-player. They have real presence, a really joyful feeling. So I’m part of the vinyl revival — although I can’t play new vinyl, because it makes my needle jump. The other way I listen to music is YouTube. I like the sound of music through really tiny laptop speakers. It sounds so trebly, like a shamisen or the old transistor radio I had when I was a kid.

11. INDIE MUSIC IN THE AGE OF THE INTERNET?
For me, the spirit of indie has moved on to art publishing. Now, in an art bookshop like Motto in Berlin or The Book Society in Seoul I get the same feeling — of an exciting cultural world of freshness, freakiness and originality — that I used to get in indie record stores back in the postpunk days.

12. PERSONAL MOTTO?
As long as you can keep producing, prolonged idiosyncratic failure is indistinguishable from success.

Nick’s answers to the MW Questionnaire as in December 2015. 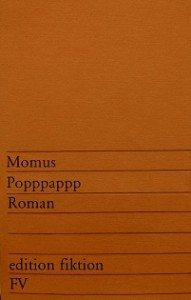 Poppappp is Momus’s latest novel to be published online by experimental publishing house Fiktion. Two designers are being held hostage in Syria by a religious group formed around the lyrics of Sark E. Myth, the singer in post-punk group The Foul. To pass the time and sustain morale our cowardly heroes discuss the design history of classic products, reminisce about favourite typefaces, and debate how best to postpone their probable execution. Meanwhile the Kameraderie is erasing the mastertapes of Fleetwood Mac albums and preparing for an apocalypse heralded by the appearance of the ghastly Spider Comet and a rat regent called Nikki Danjo. 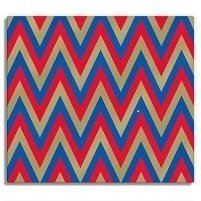 Turpsycore is the 2015 album from Momus, named after Terpsichore, the ancient Greek muse of delight and dancing. Released on March 3rd in a limited edition of 500 CDs, the album is a triple disc set: TURPSY features new Momus material, DYBBUK is covers of David Bowie songs, and HARVARD features Howard Devoto covers. The sleeve artwork for Turpsycore is by Hagen Verleger, the Berlin-based graphic designer. It has been nominated by the German Design Council for the 2016 German Design Award.

On Glyptothek, recorded in his adopted city of Osaka during the rainy season, Momus has ransacked his colourful pile of Japanese folk 45s for samples and wrapped a series of cautionary tales for the internet age around the thunder of Shinto festival drums, the keening wail of rural flutes, the tinny riffing of massed shamisens, the clacking of summery claves, and the wild backing vocals of kimono-clad village maidens. The results sound like a Unesco World Heritage site incongruously taken over by the ghosts of Hilaire Belloc, Cocteau, Kafka, Jarry, Kantor, Petronius, DH Lawrence, Bolan and Bowie. Or an ethnomusicology department overrun by iPhone-wielding Etruscans. Or the muscular Greek statues at the Munich Glyptothek come back to life, snapping righteous nude selfies.”Very impressive”, said Frontiers magazine. “Glyptothek is at once hilarious, heartbreaking and a bit scary, but sadly, it’s not likely to drag him out of obscurity.”