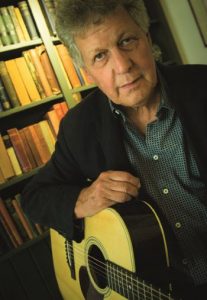 The Moon & The Village 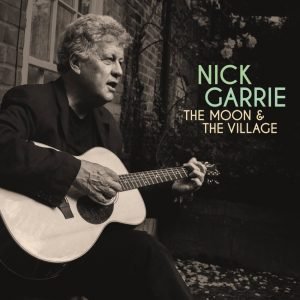 There’s a new album from Nick Garrie coming out and that’s something to celebrate. Before we get onto the new one we need to put things in context and talk a little about the past. In the final year of the sixties and in the final year of his teens, Nick Garrie made an album that should be regarded as one of the great classic albums of the decade: ‘The Nightmare of J.B. Stanislas’. The fact that it is not more widely known or more universally recognised as one of the classics of the era is not down to the quality of the product but rather to a series of unfortunate events (that’s another story). It’s packed full of smart, romantic, melodious baroque-pop story telling songs with killer string and woodwind arrangements. After having disappeared for decades, copies of the album started to pop up for sale online at very high prices. In 2005 ‘Stanislas’ was reissued, the word of mouth about how great it was soon spread and a new generation of Nick Garrie fans began to emerge. Musicians including Teenage Fanclub, Wilco, Camera Obscura, The Trembling Bells, Ladybug Transistor and BMX Bandits (of course) were among those declaring themselves as fans. In 2009 I was asked to help produce a new Nick Garrie album, “49 Arlington Gardens”, and the world could hear that none of Nick’s talents had diminished. Norman Blake of Teenage Fanclub who performed on the album declared to me during the sessions “Nick’s the real deal. He can really do it. Brilliant songs and what a voice.” Back to 2017 and now there is another new album by Nick Garrie. Let me assure you straight away, it’s a thing of great and rare beauty. It’s still very much the same Nick Garrie who made that incredible 1969 debut and the 2009 album too, but this time round it’s Nick Garrie in a more reflective mood. The songs are as strong as ever but have a directness and fragility about them. The sonic settings created by Gary Olson and a supporting cast of players matches the tenderness of the story telling in Nick’s songs. The arrangements are from the school of less is more. Nothing is screaming out for attention here but instead every sound perfectly plays its part in bringing the stories in the songs to life. Nick sings about a lost diary and about losing one’s way on the album’s opener ‘Lois’ Diary’. This track like others on the album has a beautiful sadness about it. There’s no artificial earnestness or over statement, it’s all perfectly pitched. One of the albums’ most affecting tracks is its most stripped back: ‘Got You On My Mind’. It’s just Nick’s voice and a harp. The intimacy and warmth of the album feels like the perfect antidote to the in-your-face and often ugly nature of modern life. This is a gentle album that soothes the soul and warms the heart. When Nick sings “I’m On Your Side” you believe him and you feel a connection being made with the singer as you listen. I’m grateful to have Nick and his music on my side and I’m grateful to have such a wonderful new album by him.