THE NECTARINE No. 9, THE SEXUAL OBJECTS) 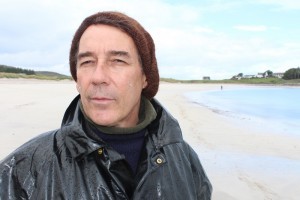 2. CAREER HIGHLIGHTS?
hearing ‘Get Up And Use Me’ by the Fire Engines on John Peel’s Radio1 show. .. the Sexual Objects live at the Astrastube in Hamburg 2009[we went on to ‘Prettiest Star’] …recording with Boards of Canada…playing guitar badly in Vic Godard’s ‘What’s The Matter Boyband’…singing b.v’s on CC Sager’s ‘So Fired Up’

3. AMBITIONS?
I’d like to make a movie about the life of Nervous Norvus, my favourite singer .. he recorded over 3000 songs ..demos of songs people sent to him… for me his songs epitomise a combination of courage and silliness, fruitful experiments that project the listener into the unknown ..that’s something I’d like to achieve with the S.Obs: taking myself and the kids to a place that’s never existed – by being brave and stupid….Zorch!

4. SONGS YOU WISH YOU HAD WRITTEN?
‘the Wild Dogs of Kentuck’ by Nervous Norvus
‘ Lost In the Paradise’ by Caetano Veloso

5. DESERT ISLAND DISCS?
I can’t imagine being deserted on some distant island [more likely an insular peninsula close to home] but if I ever die I’d like these recordings to accompany my shell to the burning chamber
‘Lucien Midnight:the Sounds of the Universe in my Window’ – Jack Kerouac
‘Xylomyths;Interrupted Landing’ – the measurement of souls

7. WHAT MUSIC ARE YOU LISTENING TO NOW?
Bantam Cock[lp] – Jake Thackray, Me & Bobby McGee[lp] -Kris Kristofferson

8. THE LAST BOOK YOU READ?
there’sa pile by my side of the bed gathering informative dust particles, including: ’The Revolt of Gunner Asch’ by HH Kirst [finished]
‘Basic Electronics’by Bernard Grob ‘Everest’ by Reinhold Messner ‘A Violent Life’ by Pasolini
‘The Visions of Glory’ by John Stewart Collis ‘Valis’ by Philip K.Dick

9. HOBBIES?
I stay along the coast from Edinburgh , as far east as the sea allows the land to be before forcing it south , so there’s a lot of landscape to explore… I still like looking at the labels on food tins, they’re so important to me.

11. INDIE MUSIC IN THE AGE OF THE INTERNET?
too early to say but probably will always be too early to say..
‘in the future everybody in the world will be famous for 15 people’ Momus said that [a long time ago]

12. WHAT IS YOUR PERSONAL MOTTO?
..mind the gravy 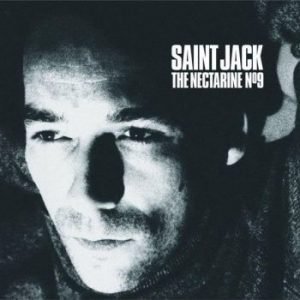 They were among the last representatives of the “Sound Of Young Scotland”, a band so defiantly independent Postcard Records was reactivated for them in the ’90s, now Edinburgh’s The Nectarine No. 9 are set to be celebrated with a new reissue.

Appropriately, modern day indie stalwarts Heavenly Recordings have stepped in to re-release the group’s 1995 album Saint Jack.The Nectarine No. 9 were led by The Fire Engines’ Davy Henderson, while the album features poet and former Ian Dury roadie Jock Scot (whose 1997 album ‘My Personal Culloden’ was recently reissued as FHVNLP4)

You can appreciate why a Postcard revival was needed at the time.“Saint Jack is an album I’ve admired since its release. It’s a rich, captivating record, a true Postcard Records release in every sense, although it’s perhaps not as well known as some of its peers,” Heavenly Recordings’ Jeff Barrett tells MOJO. “If with this reissue Heavenly can help more people discover it, then our job is done.”

Produced: The Nectarine No.9, engineered and mixed by Kenny MacDonald.

There’s a darkness at the heart of The Nectarine No. 9’s second album Saint Jack, Davy Henderson’s skewed ensemble take on rock & roll following his adventures with Edinburgh post-punk primitivists Fire Engines and the major label pop entryist gloss of Win. Originally released in 1995 on Alan Horne’s briefly reignited Postcard label, Heavenly’s twentieth anniversary reissue goes some way to unearthing the missing link between those early deconstructions and Henderson’s current guise leading the equally conceptualist Sexual Objects, who this year auctioned the sole copy of their second album, Marshmallow, on eBay for a cool £4,213. Having ‘regrouped’ once already last year and with dates pending in London and Glasgow to play Saint Jack in full, The Nectarine No 9 might just have found their time.With the band named after a Japanese love hotel, the title of this follow up to their loose-knit debut, A Sea And Three Stars (or C*, if you will), was a triple-edged sword that referenced Peter Bogdanovich’s 1979 Singapore-set movie of the same name, the Beat Generation’s hopped-up golden boy novelist as well as the stuff that comes in bottles out of Tennessee.With such a pop cultural pedigree in tow, Saint Jack sets sail with the strident call and response of the title track, a guitar-powered voyage into mythological seas that looks to Joseph Conrad as much as Lou Reed’s ‘Heroin’ for lyrical ballast. Such straight ahead scene-setting is initially deceptive, however, for the cut-up collage of guitar sketch motifs, TV and movie samples and spoken word peppered throughout the album’s fourteen pieces. Ben Gazzara’s dialogue from Bogdanovich’s film is in there, as is twentieth century art critic Clement Greenberg’s damning verdict on Jackson Pollock. Poet and fellow traveller Jock Scott, whose own lost opus, My Personal Culloden, featuring music supplied by Henderson and co, was also recently re-released by Heavenly, also waxes sleazily. The effect of such a multi-media pot-pourri is akin to hearing a bootleg of a Dada-inspired underground cabaret with the Nectarines as house band.But Saint Jack is still a rock & roll album, the flesh and blood of which comes into play only when Henderson and a five-piece line-up that includes guitarist Simon Smeeton and drummer Ian Holford, who remain the backbone of The Sexual Objects, fully let rip. This happens on ‘This Arsehole’s Been Burned Too Many Times Before’, which, despite the self-lacerating title, is somewhat appositely one of the jauntiest songs on offer. As three guitars veer off in different directions, Henderson channels his inner Todd Rundgren before the song reaches its pounding conclusion accompanied by a ‘Sister Ray’ style organ drowning out what sounds like muffled answerphone messages.By turns abrasive, uptight, world-weary and strung-out, this a decidedly grown-up collection of velveteen noir. With Henderson seemingly lurking in the shadows throughout, his voice is kept low in the mix and wilfully swamped by other elements. At times it’s a murmur, at others a treated drawl that comes in an accent acquired somewhere between a Sunday morning Edinburgh car boot sale and the Chelsea Hotel after-hours.Beyond such hiding in plain sight, the album peaks with a slow-burning finale that begins with the beat-powered rifferama of ‘Firecrackers’, before things slow down for ‘Un-Loaded For You’. The most insular and personal song on the album, the latter begins with a plucked-out confessional before eventually bursting into a mountainous epic of purging and redemption. ‘Clipped Wings & Flower Stings’ comes from the same scuzzed-up corner, albeit wrapped up with a prettified but insistent slo-mo jangle that’s eventually over-ridden by the organ once more.Of the nine tracks on the bonus CD of John Peel Session recordings, covers of Captain Beefheart’s ‘Frownland’ and Jackson Browne’s ‘These Days’, a song originally recorded by Nico, make even more explicit where The Nectarine No 9 were coming from. Unadorned by the blow-out on the Saint Jack version of ‘Un-Loaded For You’, the stripped-down Peel Session take sounds even more naked. It’s as raw as it gets on a contrarily triumphal meditation on melancholy, magic and loss, the three graces that drive a collection that lays bare everything a big bad world can throw at you.