(THE BAND OF HOLY JOY) 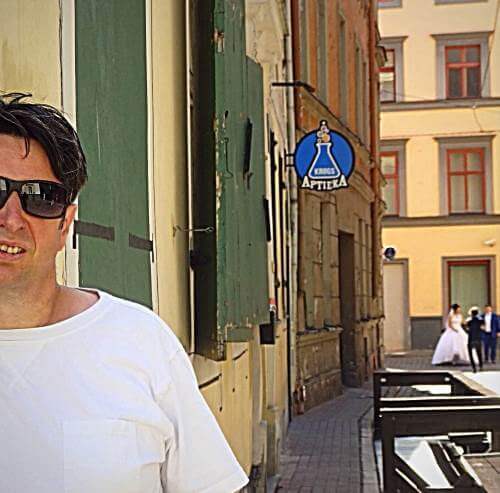 2. CREATIVE LIFE HIGHLIGHTS?
Playing at the Rodon with Suicide in 1989

3. AMBITIONS?
I wish to persuade the group Minor Mine to play the Alan Vega song Wipeout Beat at my funeral as a neon studded coffin is borne giddily down the aisle

4. SONGS YOU WISH YOU HAD WRITTEN?
Wipeout Beat by Alan Vega

6. FAVOURITE ARTISTS/BANDS OF ALL TIME?
Diana Ross and the Supremes Martha and the Vandellas Eastbam

7. WHAT MUSIC ARE YOU LISTENING TO NOW?
Robert Gobzins

8. THE LAST BOOK YOU READ?
Francois Sagan Bonjour Tristesse Albert Camus The Rebel and Kevin Pearce’s A Jewel Encrusted CD case, I’m reading all three now, in a cramped flat on the Malkalnes Prospekts in a town called Ogre in the country of Latvia. Life is good today.

11. INDIE MUSIC IN THE AGE OF THE INTERNET?
Just had a book published by the German label Moloko Plus which is called FIELD NOTES an account of a failed pirate internet radio station that we ran as RADIO JOY. The book has now been adapted into a play called THE STATIONMASTERS DREAM and will be performed in Belgrade on November 13th. It features RICHARD STRANGE, LUCAS MAYBURY, INGA TILLERE, CHRIS BRIERLEY and myself. BAND OF HOLY JOY also transmit a radio show called BAD PUNK which transmits on Resonance FM evey Friday at 10pm with JAMES STEPHEN FINN and PETER SMITH and again myself

12. WHAT IS YOUR PERSONAL MOTTO?
Beggars Thieves Fairies Whores! 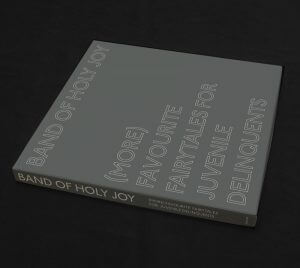 The Band of Holy Joy (3Lp-Box with 7″inch, ltd.333)
City of Tales – (More) Favorite Fairytales /extended) – Recordings 1983-86
A timely and beautiful Box-release covering the Band Of Holy Joy’s cassette released artistic output from 1983 to 1986 split on 3 records.
– Band of Holy Joy – City of Tales (2Lp)
– Band of Holy Joy (more) Favorite Fairytales (1Lp with 7inch and 48-page-booklet)
Band Of Holy Joy were formed in the summer of 1983 when Johny and Max found a synthesiser in the cellar of the squatted house in New Cross Gate they were living in. They started messing about on this synth and started writing songs on it. The songs however were very messy and the discovery of an old plastic harmonium in a local junk shop only added to the chaos. They brought in Brett Turnbull to bring a sense of order to the noise they were creating. Brett brought along Martine Thoquenne with him and the noise in the cellar started becoming very interesting indeed.
A person who is much forgotten but quite instrumental in what went on was George Lovell, just want to throw that in, Hi George.
John Jenkins was somebody who was around the house a lot at this time. He was a photographer but was persuaded to trade his camera for a mouth organ, tambourine and various other instruments. The Band Of Holy Joy was now a complete entity and strange sounds and songs began to emerge.
Various cultural interests at this time were 8 and 35mm film, Pan pulp paperbacks, Bertol Brecht stage play and the electronic disco sounds that could be heard and bought uptown.
Subjects that fired their imaginations at this time were media scare stories, prescription medications, institutional living, big cities bad glamour and self-preservation in vulnerable situations.
There was an affinity and shared living space with the constructivist outfit Test Dept who took Band Of Holy Joy out on tour with them resulting in very early performances in Manchester, Sheffield and Retford. When they returned to London they entered the studio and began to record and assemble tracks to go along side the porta studio recordings, cut ups, and collages they were creating at home. The studio used was called Recession and existed for a while in Hackney. Other artists that maybeused it were Pure, Whitehouse, early Coil.
Other dates followed in various strange locations around London, church cellars, bus stops, wine bars, warehouses etc. They also played with Einsturzende Neubauten around this time.
The band were interested in the emerging cassette culture of the day.
The first cassette was Favourite Fairytales For Juvenile Delinquents which was released in 1983
More Favourite Fairytales was recorded on a four track portastudio which was released late winter / early spring of 1984
The band would often make and play their own instruments as well as make their own films. It was a mad, up all night, passionately creative time.
They also contributed to many cassette compilations of the day working towards a record deal with Flim Flam which resulted in a 12 inch single called Had A Mother Who Was Proud and Look At Me Now, which was half industrial noise disco terror and half South London doomed cabaret waltz.
We hope this box set properly captures and evokes the spirit of an age as was lived then. A special post punk pre acid house creatively perfect time to be young and full of noise and word and image in London. The Band Of Holy Joy flourished in such a place.
www.bandofholyjoy.co.uk 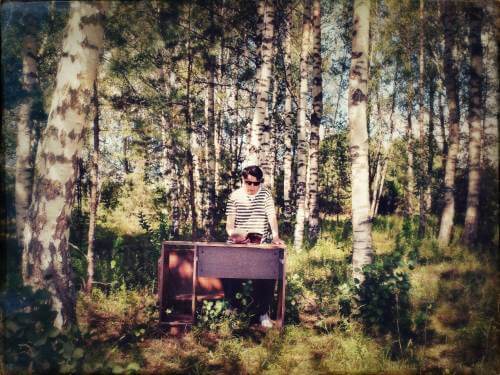 On February 4th 2017, the Band Of Holy Joy will be performing a special electronic set – comprised purely of songs from More Favourite Fairytales – at Tresohr Studio in Oberhausen Germany. There will be original members of the Band Of Holy Joy involved in this performance.