(XTC, The Dukes Of Stratosphear, TC&I) 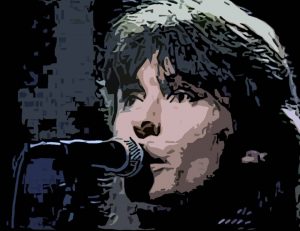 1. QUALIFICATIONS?
Ladies and Gentlemen I don’t have any….I had forsaken my education quite simply to do music…little did I know that I would have to wait five very dispiriting years before my dream became a reality. But I suppose in the scheme of things that’s not very long to have to wait.
2. CREATIVE LIFE HIGHLIGHTS?
To have played in a band with some well accomplished people and to have been lucky enough to have had some songs of my own being well thought of in the wider world.
3. AMBITIONS?
Still to write a song with a Global appeal…I think I’m getting close
4. SONGS YOU WISH YOU HAD WRITTEN?
Windmills of your Mind—Noel Harrison
5. DESERT ISLAND DISCS?
The look of Love—Dusty Springfield
Windmills of your Mind—-Noel Harrison
‘Nimrod’ Enigma Variations—Elgar
Star—Stealer’s Wheel
God Only Knows—The Beach Boys
Karalia Suite Intermezzo—Sibelius
‘Jupiter’ the bringer of Joy- Planet Suite—Holst
Wichita Lineman—Glen Campbell
Classical Gas —Mason Williams
6. FAVOURITE ARTISTS/BANDS OF ALL TIME?
The Beatles
The Beach Boy’s
Dusty Springfield
Shirley Bassey
7. WHAT MUSIC ARE YOU LISTENING TO NOW?
Mainly Classical—I awake to the spirit of Handel and Vivaldi to keep the evil spirits away.
8. THE LAST BOOK YOU READ?
Biography of Alfred Hitchcock
9. HOBBIES?
Tennis—Star Gazing and looking at Maps— And Second-hand bookshops
10. VINYL, CASSETTE, CD, MP3, WEB STREAMING?
CD’s in Vinyl packaging would be perfect.
11.MUSIC IN THE AGE OF THE INTERNET?
MP3’s are convenient but a dead loss to listen to—-but records still have magic —Live shows are pretty hit and miss.
12. WHAT IS YOUR PERSONAL MOTTO?
When You’re sold a lemon, you make lemonade—just try everything you can—you only fail when you give up!

for his help and valuable contribution in conducting this interview. 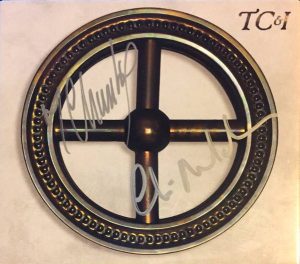 One of the more unexpected and pleasant surprises in the music world this year was the announcement in September of a new EP recorded by former XTC members Colin Moulding and Terry Chambers. Not a complete reunion of the pop band from Swindon, England behind such indelible favorites as “Dear God” and “Making Plans For Nigel,” but exciting enough that hundreds of fans from around the world flooded the PledgeMusic page for this new project — named simply TC&I — to pre-order their first EP Great Aspirations.
Self-recorded by the pair, the four-song release nestles in comfortably with the many songs that Moulding contributed to XTC over the years. It’s a look at the rapidly changing world around him, expressed in “Kenny,” a barbed rocker that wonders about the fate of children losing their playgrounds to urban development, and on “Comrades of Pop,” a warning call to young musicians (“You start out high school buddies / and swear allegiance for all time / but when the checks come rolling in / it’s cash or I resign”). And he peers inward, appreciating his own mortality (the piano driven bouncer “Scatter Me”) and his still-burning hope to reach the heights of Paul McCartney and Alfred Hitchcock (“Greatness”).
TC&I is a small step back into the fray for Moulding. Outside of a few guest appearances on albums by prog-leaning artists like Days Between Stations and Billy Sherwood, the 62-year-old musician hadn’t made any music of his own since XTC came to an end. “I think for two years, I just watched TV!” Moulding remarks about his semi-retirement.
His and Chambers’ timing couldn’t be better, though, as a renewed interest in XTC has stirred up thanks, in part, to a campaign that their former bandmate Andy Partridge has undertaken to reissue the bulk of their back catalog and the arrival of This Is Pop, a documentary about the history and legacy of the group.

XTC fans hoping for new music from the group may be permanently out of luck, but former bandmates Terry Chambers and Colin Moulding are getting ready to give them the next best thing.
The duo, now billed as TC&I, have reunited for Great Aspirations, an EP of new recordings that promises to offer “some truly original stuff” while leaving room for “maybe a nod and a wink here and there.” A release date for the collection has yet to be announced, but pre-orders are open for the next 30 days through PledgeMusic, where fans can choose between signed and unsigned copies on CD.
Chambers, as XTC fans will recall, left the lineup during the sessions for 1983’s Mummer album, and in recent years has been involved with his son Kai’s musical career. Moulding, meanwhile, continued his partnership with frontman Andy Partridge through the group’s 2006 dissolution; in the years immediately after XTC ended, he was said to have lost interest in making music, but that’s evidently changed.
News of the EP was leaked in late 2016 courtesy of Partridge, who told Twitter followers that Chambers and Moulding were in the studio last November. News of its impending release is sure to spark a fresh round of questions about an XTC reunion, but Partridge has remained unequivocal about his desire to leave that chapter of his career closed; as he put it in a Dec. 2016 tweet, “Would you marry your ex?”
The TC&I project’s arrival follows the completion of a new XTC documentary, This Is Pop, announced earlier this year — and the timing is most likely intentional. “I think the word is out,” Moulding mused at the time. “It’s taken a bloody long time, but I think people are catching up and appreciating what we did.”