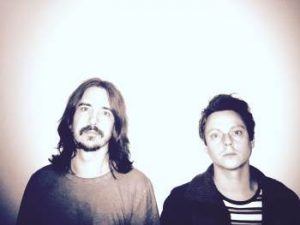 1. QUALIFICATIONS?
We both qualified songwriters.

2. CAREER HIGHLIGHTS?
We’re currently on tour and have sold out a few shows, that’s been a lot of fun.

7. WHAT MUSIC ARE YOU LISTENING TO NOW?
BC Camplight
Khruangbin
King Gizzard and The Lizard Wizard

8. THE LAST BOOK YOU READ?
Purity by Jonathan Franzen

11. INDIE MUSIC IN THE AGE OF THE INTERNET?
It’s seems like a good time for it all, it’s nice to know your music can reach anywhere.

12. WHAT IS YOUR PERSONAL MOTTO?
Be good, be happy 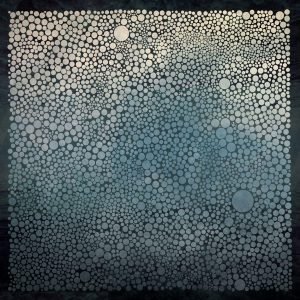 exmagician’s debut album Scan The Blue, released to much acclaim on March 25th via Bella Union Records, sees longtime collaborators Danny Todd and James Smith looking to the future with new vigour and confidence. The Belfast duo, who have been friends since their teens, have made a multifaceted, sonically adventurous statement that fully justifies their decision to take full control of their work. Danny and James last broke cover as the songwriters behind Cashier No.9, whose lush, David Holmes-produced album To The Death Of Fun (Bella Union) brought them critical acclaim (Best Album at the NI Music Awards, shortlisted for Best Album of 2011 by the Irish Times), strong radio support from BBC 6 Music, Radio 1 and Radio 2 and a string of sold-out club dates and major festival appearances across the UK and Ireland. Since then the pair have moved on and returned with something new. Self-written and produced with the help of Rocky O’Reilly (And So I Watch You From Afar, General Fiasco, Mojo Fury), Scan The Blue leaves behind the Laurel Canyon sheen of Cashier No.9 in favour of something louder, fuzzier and grittier, born of a playful attitude, greater confidence and a load of new pedals and synths. “It’s the dirt under the fingernails,” says Danny with a smile. The musical reinvention is apparent from the very first seconds of opening track Kiss That Wealth Goodbye, which steams in with a filthy riff, the product of a guitar and a synth melding together so you can’t tell which is which – a feature of the album. “It’s like early Beefheart meets Add N To X,” says Danny – a measure of just how broad the duo’s influences are. “David [Holmes] lent me a Korg MS-20 and then I bought one myself. That synth shaped a lot of the record.” Danny and James’s love for adventurous, psychedelic music from all eras is the current through Scan The Blue, as well as what James terms their “obsession” with detail. There’s Place Your Bets, a hopeful lyric over a shuffling rhythm that gives way to a widescreen coda, all layered synths and a trumpet solo from recurring guest Linley Hamilton. You might hear The Fall or Super Furry Animals on the swinging fuzz-stomp of Wild Eyes; late-period Pavement at their most graceful on the airy, spacious centrepiece Smile To The Gallery; or the heavy-lidded grooves of The Beta Band on Plan Retrieval, one of two songs sung by James, along with the poised ballad Feet Don’t Fail. It’s a rich record full of sonic surprises, Danny and James’s decision to take the production reins themselves paying off in spades. Yet as James puts it, “The song is king. It has to be bulletproof before we start fucking about with it at all.” These songs have been carefully crafted over some time and only recorded and tweaked once the duo knew they were ready to be heard. Danny compares the process to sculpture, “chipping away at it” until the song is finished. As for subject matter, don’t expect love songs… “Hope, trust and revenge, they always fall into those three categories,” says Danny. The title track, Scan The Blue, is evidence of that – a gorgeous slice of chamber-pop that brings the record to a satisfyingly hazy close. “It’s now time to drown it out, to move and shift the clouds of doubt away,” Danny sings on the chorus. After so many years of friendship and collaboration, these two songwriter-producers are looking to the future with their eyes firmly set on the horizon.

We also use third-party cookies, categorized as non-necessary cookies that help us analyze and understand how you use this website. These cookies will be stored in your browser only with your consent.
Necessary Always Enabled

Necessary cookies are absolutely essential for the website to function properly. This category only includes cookies that ensures basic functionalities and security features of the website. These cookies do not store any personal information and they are stored in your browser, without your consent. You can delete them manually in your browser's settings.

Any cookies that may not be particularly necessary for the website to function and is used specifically to collect user personal data via analytics, ads, other embedded contents are termed as non-necessary cookies. It is mandatory to procure user consent prior to running these cookies on your website. You also have the option to opt-out of these cookies. But opting out of some of these cookies may have an effect on your browsing experience.