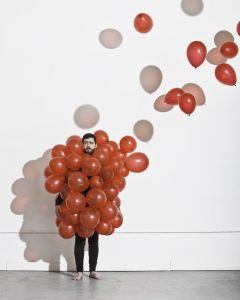 2. CREATIVE LIFE HIGHLIGHTS?
There are still so many days when I wake up feeling amazed that I get to play music nearly full-time, so that in itself is a highlight, but a more specific series of highlights is getting to meet, share stages with, and sometimes collaborate with so many amazing songwriters and musicians around the world—I’ve met some of my personal heroes this way, and discovered lots of exciting new music too.

3. AMBITIONS?
I still need to make an album or play a show on a research base in Antarctica.

4. SONGS YOU WISH YOU HAD WRITTEN?
There are so many, it’s impossible to list them all. “Rasputin” is near the top of the list, though.

7. WHAT MUSIC ARE YOU LISTENING TO NOW?
Lately I’ve been listening to a lot of new Canadian music: Shotgun Jimmie, Steven Lambke, Mauno, Michael Feuerstack

10. VINYL, CASSETTE, CD, MP3, WEB STREAMING?
All of the above! Music is great in every format. But if I had to choose just one, vinyl for sure.

11. INDIE MUSIC IN THE AGE OF THE INTERNET?
The internet is (of course) great for promoting and releasing music, and making this process accessible to anyone with a computer and an internet connection. On the other hand the old barriers to participation are still there: money still matters, stupid networking bullshit still matters, and major record labels still have too much power. Plus, I think our attention spans are tiny compared to what they used to be.

12. WHAT IS YOUR PERSONAL MOTTO?
“Try Not To Be An Asshole” 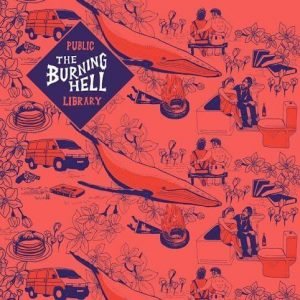 The seventh Burning Hell album is a collection of eight short stories drawn from different sections of the bookshelf of the brain. A murder mystery rubs shoulders with a biography, while a romance leans against a prison diary. There’s a killer priest, a nameless band lost in Yorkshire, and Elvis and Michael Jackson moonwalking their way into space and/or global annihilation. Despair and hope go hand in hand here, and although Mathias Kom’s songwriting has never been wordier, the stories never stranger, and the band never louder, the essence of The Burning Hell remains constant: life is not really so bad.as long as you can laugh a little and you have something decent to read.
All songs by Mathias Kom. Performed by Mathias Kom (vocals, guitar), with Ariel Sharratt (clarinet), Darren Browne (guitar), Jake Nicoll (drums) and Nick Ferrio (bass).
Recorded in Ramsgate UK at Big Jelly Studios by Al Harle, mixed by Jeff McMurrich at 6 Nassau in Toronto, mastered in Berlin at Calyx. 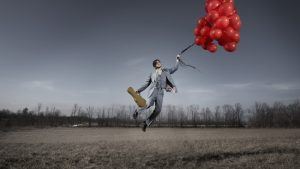 The Burning Hell is the alter-ego of Canadian songwriter Mathias Kom, and the band has been on the road in one form or another since 2007, playing everywhere from festivals like Glastonbury and Dawson City to bars, living rooms, abandoned bunkers, and a mental asylum in rural France. Musically, The Burning Hell runs the gamut from introspective folk to hyperactive rock and roll, and so the band can adapt to its surroundings like a karma of anthropomorphic chameleons, taking the audience on a supermarket-cart ride through hooky, upbeat pop songs, dark ballads about pet euthanasia, and anthems for barbarians, economic conferences, and love.