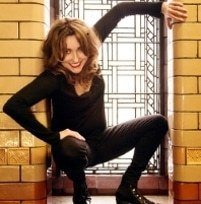 1. QUALIFICATIONS?
BA honours degree in film and television which I did as a mature student in my late 20s/early 30s. Up until then I mucked about rather than study but was I feeling cold and hungry all the time so got qualified so I could earn some money in my 30s and eat better and buy a flat.

2. CAREER HIGHLIGHTS?
I haven’t got a career. I’m always changing what I do. film, writing, music, mother, ill person, careers are for entertainers which is fine but not for creative people taking risks.

3. AMBITIONS?
A healthy relationship with another adult would be great, companionship love and all that.

4. SONGS YOU WISH YOU HAD WRITTEN?
Heard it Through The Grapevine, Burt Bacharach’s stuff, Letter to Hermione – Bowie, Now you’re Just Somebody That I Used to Know, Take me to Church. I love a good pop song.

5. DESERT ISLAND DISCS?
None. I like natural sounds and silence. No ned to fill up the air with recorded sound all the time. Would listen to the birds, the sea etc

7. WHAT MUSIC ARE YOU LISTENING TO NOW?
Natural sounds, traffic, keyboard tapping, shouting in the street, don’t listen to much music.

11. INDIE MUSIC IN THE AGE OF THE INTERNET?
all a bit middle class not activist

12. WHAT IS YOUR PERSONAL MOTTO?
Eat Less Bread

I Heard It Through The Grapevine 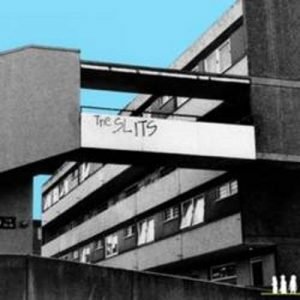 and is available at Music Works 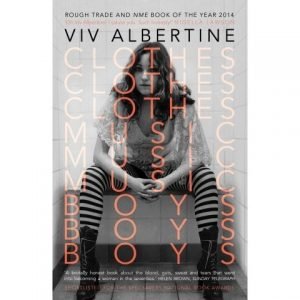 In 1975, Viv Albertine was obsessed with music but it never occurred to her she could be in a band as she couldn’t play an instrument and she’d never seen a girl play electric guitar.

A year later, she was the guitarist in the hugely influential all-girl band the Slits, who fearlessly took on the male-dominated music scene and became part of a movement that changed music.

A raw, thrilling story of life on the frontiers and a candid account of Viv’s life post-punk – taking in a career in film, the pain of IVF, illness and divorce and the triumph of making music again – Clothes Music Boys is a remarkable memoir.

Songwriter and musician Viv Albertine was the guitarist in the hugely influential female punk band The Slits. A confidante of the Sex Pistols and the Clash, Viv was a key player in British punk culture. Alongside The Slits, she collaborated with numerous musicians, including Adrian Sherwood, before marking out a career in television and film production. After a hiatus of twenty-five years, Viv’s first solo album, The Vermillion Border, was released in 2012 to great critical acclaim.
source: http://www.faber.co.uk

[Albertine’s] book is both a bold chronicle of her personal ups and downs and a historical document that blows holes in the established punk narrative in which men are the major players and women merely window dressing. (Independent)

A brutally honest book about the blood, guts, sweat and tears that went into becoming a woman in the Seventies. You don’t need to be a fan of the Slits or even punk to be gripped from the off. (The Telegraph)

With a title that is an incantation and a picture of the gorgeous author on its cover, Viv Albertine’s autobiography is quite something…maddening and magnificent all at the same time – rather like her band, the Slits. (The Guardian)

Her voice is important in the back story of women in British rock, but she is now as original and interesting an entertainer in words as in music. (The Times)

Albertine’s music has never offered easy answers or comfortable conclusions. This brave, funny, honest autobiography doesn’t either, and is all the more admirable for it. (Mail on Sunday)

A frank and fearless account of sex, drugs and life on the cultural frontline. (Esquire)

If Clothes, Clothes, Clothes…was simply a rock memoir, it would come recommended for the fearless was Albertine challenges the orthodox male histories of punk. But in the context of her own personal tragedies, her subsequent recovery and the rebirth of her music career, it has a much wider resonance. (Uncut)