1. QUALIFICATIONS?
A grade O-level woodwork – taught by a teacher with bad breathe
coupled at the time of late Punk, gave me the life long impetus for DIY,
whether at home installing central heating, putting in roof windows, digging up concrete floors,writing, recording and releasing records, building synths or sewing,
It’s all just STUFF
A-level Theatre studies- made me realise I wanted to do music, but not in “formal way”

2. CAREER HIGHLIGHTS?
“CAREER” I always see that word as a sort of aspirational ‘up-the-greasy-pole’ of life.
I never went to careers class at school because I had a really persistant verucca and had to attend a chiropodist every 2 weeks to have if frozen.
Main highlight is now – being 51 years old and being busier performing than I’ve ever been I don’t like looking at past highlights.

3. AMBITIONS?
To make more music – maybe to make dance music that makes you cry – or run from the dance floor screaming, either way. Emotional and flippant music in equal measure.

4. SONGS YOU WISH YOU HAD WRITTEN?
Ritual Negro by Pedro Santos full of energy concise and colourful
Let my Children Hear Music ( whole album) by Charless Mingus a full emotional gamut
anything that Bruce Haack has written
Eden’s Island by Eden Ahbez sometimes we have to let ourselves be embarrasingly over sincere. I love Eden Ahbez.

7. WHAT MUSIC ARE YOU LISTENING TO NOW?
Japanese TV commercials between 1959-1966

8. THE LAST BOOK YOU READ?
Bad Dirt by Annie Proux

9. HOBBIES?
Walking in the hills, cleaning, shopping, feng shui- this house is a mess

10. VINYL, CASSETTE, CD, MP3, WEB STREAMING?
I don’t care . Whatever floats your boat….although David Byrne in his book ‘how music Works’ did put a point accross that digital generally could be more aggrivating than analogue

11. INDIE MUSIC IN THE AGE OF THE INTERNET?
It’s fine for me I don’t expect a lot
I hate trying to sell myself my music or get reviews..
I’m the worlds worst business man probably like most musicians. 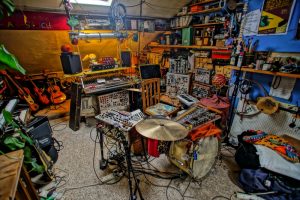 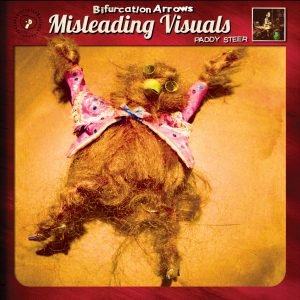 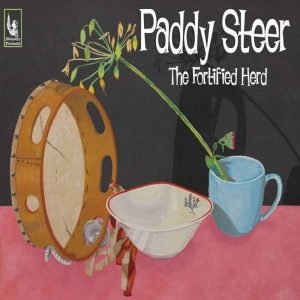 Includes unlimited streaming of The Fortified Herd via the free Bandcamp app,

Both vinyl releases are available at Music Works

Paddy is a Zelig-like character along the timeline of Manchester’s musical activity. It’s a testament to his musicality that he has played with such a wide range of music and artists over the years, be it as a bass player, drummer, Hawaiian guitarist etc. or all these roles at the same time. His own Homelife project released six albums in recent years, Homelife’s sound was intricate but with a warm sense of wonder, a balance of songs and instrumentals. Many musicians contributed to the Homelife project, brewed slowly by Paddy in his attic before being taken out as a small orchestra for some very unique concerts. Never one to blow his own trumpet, Paddy quietly gets on with developing his craft. There is something of the fairy-tale cobbler working late into the night in order to make the finest shoes in the kingdom, or maybe the musical elves strike up while he’s in bed. Recorded , It’s a sometime cartoon-like music dense with events, new textures and the colours of children’s paintings,sounds like a Swiss cuckoo clock made of egg boxes and horsehair, glued together by an African Moog player in a Vietnamese iron monger’s shop. In rejection of the notion of ‘immaculate reproduction’, live performances err more daringly and admirably on the frontier of chaotic abstraction, expression and focussed blunder, dice rolling down the hill in case of duende, as from behind his stacked array of instruments, the anarchically intrepid punk gargles through a vocoder with his xylophone, all a-clatter under disco lights and doilies.