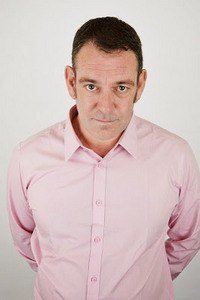 1. QUALIFICATIONS?
I do not have any qualifications. When I was at school you could leave at Easter before the exams and this is what I did and starting working.

2.CAREER HIGHLIGHTS?
My memory is not so great but in recent times I have received a couple of postcards from Robert Wyatt praising my work and that means quite a lot to me.
3.AMBITIONS?
I would like to have a person that booked shows for the Nightingales, for 500 or more people to show up at the gigs and for the group and their crew to get paid.
4.WHICH SONG(S) YOU WISH YOU HAD WRITTEN?
Well obviously there are many that I would have been proud to have written, eg, pretty much the entire Little Richard catalogue, but to pick one it would be “Good For Nothing” by Freakwater. That band have written a fair few top songs but for me that is the best of the lot.
5.DESERT ISLAND DISCS?
On the BBC Radio 4 show of that name you can take eight pieces and, as Nico singing Mahler’s “Nun will die sonn so hell aufgehn” only exists in my imagination, today my eight would be:
“The End Of The World” from the Nitty Grittty Dirt Band’s “Will The Circle Be Unbroken” LP.
“Verklarte Nacht” (Arnold Schoenberg) string sextet version.
Cecilia Bartoli singing Gluck’s “Di questa cetra in seno”.
“Good For Nothing” by Freakwater.
“Lover’s Talk” by Christy & Emily.
Dagmar Krause singing Brecht and Weill’s “Die Ballade von der Hollenlili”.
“Our Love Will Still Be There” by The Troggs
& “Before I Grow Too Old” by Tommy McLain.
6.FAVOURITE ARTISTS/BANDS OF ALL TIME?
Nico, The Troggs, Cecilia Bartoli, Hotpants Romance and Sly & The Family Stone.
7.WHAT MUSIC ARE YOU LISTENING TO NOW?
Well I have just bought a bunch of new hi-fi gear including a turntable so I am about to get some stuff I want on vinyl, eg, Amon Duul II’s “Dance Of The Lemmings” but in the meantime – apart from the final mixes of the Nightingales’ new album – I’ve been testing out old favourites like Cecilia, Freakwater and some rock ‘n’ roll and reggae stuff on the new amp and speakers. Plus I did get a 45 of Marlene Dietrich singing “Sag mir wo die Blumen sind?” which I like to listen to.
8.THE LAST BOOK YOU READ?
I recently re-read “The Age Of Kali” by William Dalrymple, will soon be finishing “Dom Casmurro” by Joaquim Maria Machado de Assis and have “The World That Never Was” by Alex Butterworth lined up next.
9.HOBBIES?
I do not really have any hobbies any more. I do go horse racing occasionally and it might sound weird but there is a virtual horse racing thing online that I play for money. But, apart from band rehearsals, I don’t really go out I just watch TV or read or listen to music. However I do like going on holidays and chatting to locals, swimming in the sea, etc.
10.VINYL, CASSETTE, CD, MP3, WEB STREAMING?
Vinyl is best I think but I don’t mind tape, CD or mp3 if that’s what I need to hear stuff on. As regards web streaming… I genuinely do not know what that is.
11.MUSIC IN THE AGE OF THE INTERNET?
The internet makes things like this easier than before and has made it more likely, even possible, that I can ‘talk’ to, eg, a guy in Budapest about a potential Nightingales gig there, so it has obviously proven useful. And Fliss- Nightingales drummer, who does all the group’s social media stuff – does a good job of getting the word out about any of our activities which is good. But whether it really helps less popular bands like ours move up the ladder is open to question. Yes groovy new artists can become overnight sensations via the net but I think you have to be doing shit that people want in the first place.
12.PERSONAL MOTTO?
I don’t have one and have never even thought about it.

“The Nightingales” new album ‘Mind Over Matter’ is released on CD and as a limited edition 180g vinyl, gatefold sleeve LP, by John Robb’s Louder Than War label, on Monday 11th May. 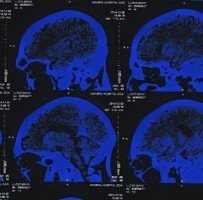 Like the band’s last three albums ‘Mind Over Matter’ was recorded in Germany at Hans-Joachim Irmler’s Faust Studio and produced by the ‘Gales bassist and Faust Studio house engineer Andreas Schmid. The Nightingales were formed by former Prefects (Clash’s ‘White Riot Tour’, Peel favourites, etc) vocalist Robert Lloyd and recorded a bunch of albums and 45s in the 1980s – as well as playing shows throughout Europe as headliners and supporting acts as diverse as Bo Diddley and Nico – but stopped working when Lloyd decided to combine a ‘solo career’ with money earning manual labour. Around a decade ago Lloyd chose to revive the ‘Gales but not as a nostalgia act performing old material for the entertainment of the affluent and ageing ex punk/indie brigade but as an uncompromising, confrontational contemporary group. His idea of what the band should be doing has taken time to come to fruition largely due to the coming and going of various mercenary, starry eyed, wastrel &amp;/or part time musicians but during the recording of the ‘Insult To Injury’ album in 2008 Lloyd met Schmid who joined the band and at last the group “got good” (R.Lloyd). The Nightingales then “got great” when former Violet Violet drummer Fliss Kitson joined the group a year or so later prior to recording the Cooking Vinyl album ‘No Love Lost’ in 2012. The Violets had been a regular support to the ‘Gales over the years and Lloyd had always been an admirer of Kitson’s playing so when that band split up and she agreed to become a Nightingale he was “made up” and finally the group was “proper”.This line up (completed by original Prefect Alan Apperley on guitar) became a top notch live unit and following the sold out, self released ‘For Fuck’s Sake’ LP in April ’14, the streamlined four piece Nightingales embarked on their most successful UK tour to date before writing the new album and recording in September at the end of a short tour of Germany and Austria.‘Mind Over Matter’ is a short, sharp blast of melody, rhythm, irritation and humour. The group might play around but does not fuck about. They may indulge themselves but do not waste your time. They could be mad but are most certainly diligent. To coincide with the album’s release the Nightingales will be recording a session for Marc Riley’s BBC 6 Music show on May 13 before touring the UK and Ireland from Friday 15 May – Thursday 4 June (gig list to follow). Further UK dates plus trips to West Coast USA and mainland Europe are currently being booked for later in the year and a compilation of covers of ‘Gales songs by various fans/artists is scheduled for release in the next twelve months.