(THE LOFT, THE WEATHER PROPHETS, 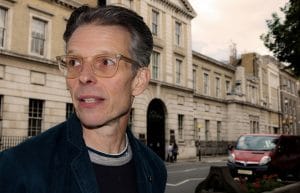 1. QUALIFICATIONS?
Wow! This is the first time I’ve ever been asked this in relation to being a musician.
Er, I’ve got a degree in English Literature; also a doctorate from the University of Life.

2. CAREER HIGHLIGHTS?
All that matters is the chance to make music and, most importantly, to get to try and connect with people.
And, the highlight so far was getting to the end of recording Spilt Milk with James, opening a bottle of red wine and listening through in James’ room/ studio at the end of last Summer. 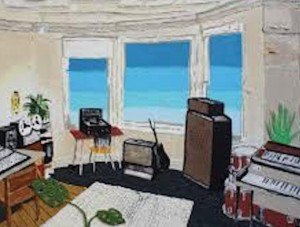 There was a feeling of pride in what we’d made and a sense that we’d done something that works and thinking that it might connect with people. And, when the album came out, seeing that has happened is fantastic.

3. AMBITIONS?
Just to keep going and do what I do as best I can.

4. SONGS YOU WISH YOU HAD WRITTEN?
This could be a very long list, but here are a few:
Syd Barrett – Octopus
The Kinks – Waterloo Sunset
Elvis Perkins – Ash Wednesday
Real Estate – Its Real
Tom Waits – Come On Up To the House
Hank Williams – I’m So Lonesome I Could Cry
Bob Dylan – Things Have Changed
Beck – Lost Cause
Cat Power – Nothin But Time
M. Ward – Transfiguration of Vincent
Stanley Brinks and the Wave Pictures – Orange Juice

5. DESERT ISLAND DISCS?
Bob Dylan – Love and Theft. Just one of those records that I love.
Actually, could I have a separate desert island to store the records I’d like to bring?

6. FAVOURITE ARTISTS/BANDS OF ALL TIME?
Difficult question! So many people; and they change all the time.Probably most of the people listed above. And a whole load more.

8. THE LAST BOOK YOU READ?
John Le Carre – The Night Manager. Total masterpiece; because he’s a genre writer, I sometimes don’t think he gets the respect he deserves. But I think he’s one of the best writers writing today.

11. INDIE MUSIC IN THE AGE OF THE INTERNET?
I tend to think that things change but also stay the same; so everything is different now but fundamentally there are ways in which the world works that don’t change. I always remember how quickly, pre-internet, pre-social media, the The Smiths first single – Hand In Glove – spread as a record you had to have. Word of mouth as internet.

12. WHAT IS YOUR PERSONAL MOTTO?
Ever tried. Ever failed. No matter. Try Again. Fail again. Fail better. – Samuel Beckett 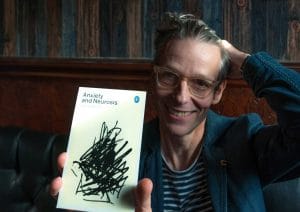 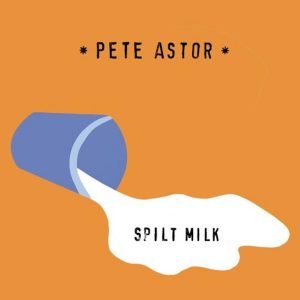 “Spilt Milk” is the brand new album from indie auteur Pete Astor, previously of The Loft, The Weather Prophets, and other esteemed acts. It was recorded onto 1/2 inch tape at the home studio of James Hoare of Ultimate Painting, The Proper Ornaments and Veronica Falls, with James playing guitar, bass, drums, keyboards and singing backing vocals. “He was”, says Astor, “an amazing band.” Other contributions came from members of Astor’s live band, with Pam Berry (Black Tambourine, Withered Hand) supplying vocals, Jack Hayter (Hefner) on pedal steel, Alison Cotton (The Left Outsides) on viola, and Robin Christian (Male Bonding) and Susan Milanovic (Feathers) on drums.   The album has all the hallmarks of a future Pete Astor classic, drawing together key strands and tributaries of his work over the years, blending intuitive songwriting, acute lyrics and incisive melodies. After many years making more experimental, electronic music Astor has come full circle to the sound that made his name. He explains, “I’m back to being myself, bringing together sounds that I’ve used over time to make a record that sounds more like me than me!” From the opening track “Really Something” to the recent single “Mr Music” (a favourite of Marc Riley and Gideon Coe on BBC 6 music) the album’s re-connects Astor’s bespoke guitar pop with his long-standing embrace of The Velvet Underground’s musical DNA. Other standout tracks include “My Right Hand”, a hymn to everyone’s best friend, with guest appearances from Tony Hancock, Marvin Gaye, Philip Larkin and a host of ex-girlfriends; the slow burning drama of “The Getting There” recalling the atmospheres of Astor’s 80s kindred spirits, The Go-Betweens. Also, there is the wry drive of “Very Good Lock”, all about the device used by people – usually men – to keep their feelings under lock and key. Elsewhere there are the gorgeous harmonies of the grown up country lament “Good Enough”, which wouldn’t be out of place on one of George Jones’ most heartbroken albums. “Spilt Milk” is part of a continuum: from Astor’s beginnings with The Loft and The Weather Prophets on Creation Records in the 1980s, via his solo work through the 1990s and his more left field albums with The Wisdom of Harry and Ellis Island Sound on Matador Records, Heavenly and Peacefrog, through to his return to solo work with the “Songbox” album in 2012. As well as this ongoing musical activity, Astor is also Senior Lecturer at the University of Westminster, where he teaches, researches and writes about music; 2014 saw the publication of his study of Richard Hell and the Voidoids’ Blank Generation as part of Bloomsbury’s 33 1/3 Series.    Astor remains in touch, engaged and vital in a way that is rare with someone with such longevity. The album continues the story of one of one of England’s most respected and significant songwriters. As Astor says, “time passes, shit happens; some losses, some gains. Don’t cry – but I did!” This is “Spilt Milk.”

Spilt Milk is the work of a lifelong musician who in recent years has also turned to writing and lecturing about his chosen field. Pete Astor is aware of the legacy that has unwound behind him since forming the Loft in the 1980s, but as the title of his new album suggests, he also seems wary of too much reflection on the past. After the requisite amount of second-act dabbling outside his comfort zone, Astor has here rediscovered his jangle ‘n’ roll voice, giving fans of the Weather Prophets, as well as his earliest solo records like Submarine, ten easy going reasons to get reacquainted.The album shares some of the cozy wood-paneled ambience of Ultimate Painting’s unhurried second album from last August, Green Lanes. No coincidence there, as Spilt Milk was recorded in the home studio of James Hoare, half of Ultimate Painting (and also of Veronica Falls). Not only did he lend Astor his digs for the recording, Hoare also pitches in on backing vocals takes a turn on most every instrument. A number of other well-wishers stopped by to lend a hand, including members of Male Bonding, Hefner, Black Tambourine, and more.Guests and all, Spilt Milk is still not an overly busy or crowded record. “There It Goes” casts its spell with a little sunset-hued slide guitar and a simple tapping beat. Songs like “The Getting There” and “Mr. Music” – all of them, really – amble endearingly with clean springing chime, observational lyricism, and a melodic sensibility smoothed but not eroded by time’s passing.

So fare thee well to two of rock’s great icons. The warty, mutton chopped, heavy roller who raged along a highway to hell, leather clad girl on each arm, glorying in debauchery and grizzly riffs. And, of course, the androgynous glam rocking, cha-cha-changing, alien who fell to Earth, blew their minds and redefined pop music. Shine on you crazy diamonds…They can’t all be revolutionary rock and roll legends though. Spare a thought for the indie forefathers of the early Eighties, who made an impact in a more understated way. Jangly, outsider, guitar bands like The Vaselines, The Pastels and Felt rejected macho posturing and theatrical ridiculousness and, in their own sort of way, proved the old punk principal that anybody has the right to get up there and bash it out. The awkward dreamers would inspire new generations of slightly maladjusted indie kids, leave a trail of lost, lo-fi, jaunty gems and strike at something more everyday and honest than most.As one of the unsung heroes of that era, Creation Records mainstay Pete Astor fronted cult favourites The Loft and The Weather Prophets and released a string of solo albums in the Nineties, before becoming a lecturer at the University of Westminster. After dallying with more experimental, electronic music, he re-emerged a few years back with Songbox (2012) and, with help of Veronica Falls man James Hoare, now fully finds his voice again on new album Spilt Milk.The DIY, bubblegum lullabies remain typically unassuming and bittersweet, dropping references to Tony Hancock, Philip Larkin and farmers markets whilst telling of suburban headaches and mid-life muddles. But though his delivery and melodic hooks are full of comforting, head bobbing, assurances, there’s a pretty sullen bite to his storytelling – “This wasn’t exactly how I planned it/ This wasn’t exactly the way it was meant to be/ Good days, so many good days/ Getting on, getting through/ That was good enough for me/ But good enough, wasn’t good enough for you”.His light touch and crooked smile is at its most of self-effacing on ‘Mr. Music’ – “Poor Mr Music, when will he let it go?” whilst ‘Really Something’ tells of a barbed, addictive romance that keeps drawing him back, despite its destructive history. Putting British sensibilities and human frailties to Lou Reed’s most sincere, stripped-bare Velvets moments, Astor strikes as an arch, pop diarist with a warm, nostalgic turn of phrase.Some might sneer at its twee nature – especially in light of the extraordinariness of the recently departed, but Spilt Milk captures an ageing songwriter catching a second wind and reflecting with wit, charm and humility. And that’s nothing to cry over.