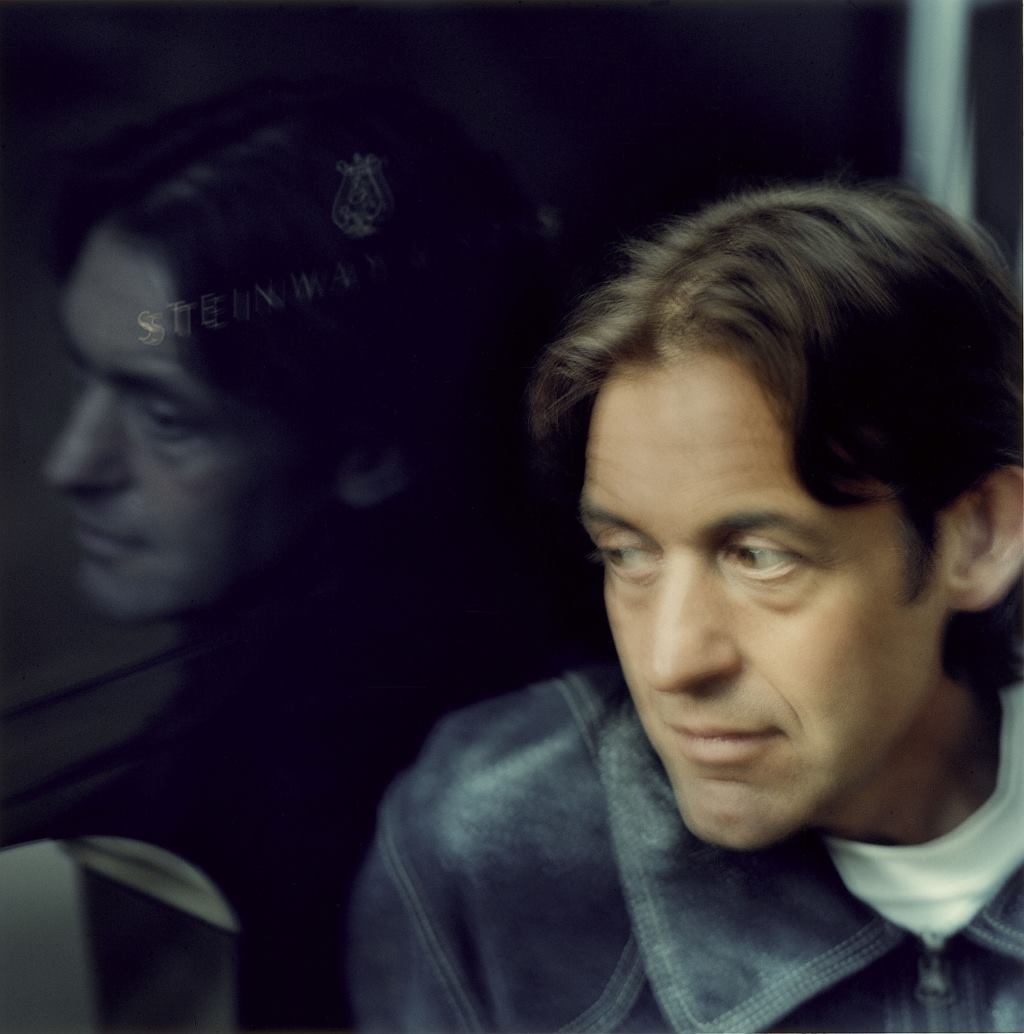 1. QUALIFICATIONS?
In terms of music, it all started in choirs. Singing. I never studied music at college (I didn’t go to college and spent as little time at school as possible). But later on I studied composition and orchestration. I started on the guitar at 10 years old and the piano at 13 (quite late probably)
2. CREATIVE LIFE HIGHLIGHTS?
Everything I’ve ever done has really been an excitement (at least when I was actually doing it).
But all music is hard to do. I guess that the 8 hour play ‘Picasso’s Women’ which I composed the music for (National Theatre in London). It was also very special to work with Paul McCartney on a film project for the BBC at Abbey Road.
3. AMBITIONS?
To write one massive song that literally everyone knows. Just one!
4. SONGS YOU WISH YOU HAD WRITTEN?
Either ‘I concentrate on You’ (Cole Porter) or maybe ‘Too High’ (Stevie Wonder) or perhaps ’Top Hat’ (Irving Berlin)
5. DESERT ISLAND DISCS?
‘Frankenstein’ the Edgar Winter Group or something by Duke Ellington
6. FAVOURITE ARTISTS/BANDS OF ALL TIME?
All of the groups and singers in that golden period 1963-68. All of them!
7. WHAT MUSIC ARE YOU LISTENING TO NOW?
As usual – bossa nova, Stephen Sondheim. Mabel Mercer. Yellow Magic Orchestra,
Steely Dan
8. THE LAST BOOK YOU READ?
My own – ‘The Story of John Nightly’ – as I have been checking the corrections for one solid year (it’s 900 pages long…)
9. HOBBIES?
Writing some music – then reading about writing music.
10. VINYL, CASSETTE, CD, MP3, WEB STREAMING?
vinyl 7” and 12” is the best sound and experience
11. INDIE MUSIC IN THE AGE OF THE INTERNET?
The book is published in July – then I am starting on a new recording period –
the first for 15 years.
12. WHAT IS YOUR PERSONAL MOTTO?
‘Down with Everything’!!

The Story Of John Nightly 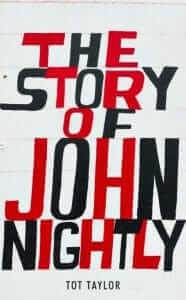 Being a genius can complicate things…

What happens when we press record
Then play
Then delete
Then rewind
And fast forward … all at the same time?

An epic, allegorical masterpiece, THE STORY OF JOHN NIGHTLY explores the dark gift of genius against the glittering backdrop of London at the height of its musical capital. Having taken fifteen years to write, at close to one thousand pages, it’ll take a week to read. The book’s jacket features a painting by Bob & Roberta Smith produced specially for the book.

John Nightly, b. Cambridge, England 1948 is a child prodigy. The boy’s musical ability is spotted early and he quickly finds success in the London music scene of the mid-60s. His LP Ape Box Metal becomes the third best-selling record of 1970. But fame turns out to have side effects, and the young man disappears into a thirty year void of missed opportunities and unfinished projects.

John Nightly is a psychological casualty – a victim of his own ability and insane intensity. After massive record sales and sold out tours, followed by too many ‘lost years’, John moves to his retreat at Carn Point on the coast of Cornwall, where, turning his back on his gift, he begins a new life as a cultivator and
exporter of exotic plants. But his past comes back to haunt him with the rediscovery by a super-fan of his magnum opus, the infamous Mink Bungalow Requiem, a multi-media-pseudo-quasi eco-mass which was to have been his parting shot.

Premiered in 1970, the Mink Bungalow Requiem still holds the all time record for having the most performers on a public stage at any one time. Just before his meltdown, John Nightly toured the world with it, backed by two symphony orchestras, a thirty-piece rock band, a dance company, three school choirs and sixteen articulated trucks. Meeting this teenage saviour dude, can the old Master be brought back to life again?

Tot Taylor is a writer, composer, art curator and music producer. He has worked in music, film, theatre and the visual arts since being signed by Island Records whilst still at school. Over the past fifteen years Tot has worked on numerous projects as a music producer including music and film recording with Paul McCartney, Michael Stipe, the National Theatre and Edinburgh Festival. He co-founded and curates the Riflemaker gallery in London, whose artists have featured at Tate Modern, MoMa NY, Pompidou Center, Paris and international museums worldwide. For the past ten years Tot has curated a feminist art program in London, with exhibitions dedicated to celebrating unsung female artists from the 1970s, including Yoko Ono, Judy Chicago and Penelope Slinger – iconic artists whose work is now being re-appraised in the 21st century. The Story of John Nightly is Tot’s debut novel. It is inspired by the many ‘music casualties’ the author has encountered who, following their rise and fall are driving mini-cabs, sweeping floors, stacking shelves at Tesco or heading “back to the building site” – gifted individuals who, after being visited all too briefly by fame and creative glory, spend the rest of their lives in menial employment when they should be creating.