(DEUX FILLES, THE KING OF LUXEMBOURG) 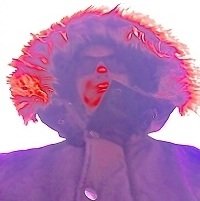 1. QUALIFICATIONS?
I have no qualifications except in avoiding working in a bank or lawyers office. Im very lucky that i can play the piano.

2. CAREER HIGHLIGHTS?
No highlights no lowlife. The highlights might be my health and good hearing so far. I am 61 years of age now.

3. AMBITIONS?
I have never had any ambitions except perhaps , no, I can’t say I’ve ever had an ambition. Im a drifter with a family of driftlettes.

4. SONGS YOU WISH YOU HAD WRITTEN?
angel, by hendrix, anything on blackstar,The ring by wagner.

5. DESERT ISLAND DISCS?
Just the sound of the island would give me enormous pleasure. If not deaf by then, then all bowie catalogue, dylan catalogue and all mozart recordings, + argo (ed. Arvo) Part,complete recordings.

7. WHAT MUSIC ARE YOU LISTENING TO NOW?
BLACKSTAR nothing else except tv and radio

11. INDIE MUSIC IN THE AGE OF THE INTERNET?
There is a delicious amount of music now. never enough, but i have a family so I’m rather selfish and make and listen to my music more than anyone else.

12. PERSONAL MOTTO?
Live, love and may peace prevail on earth. 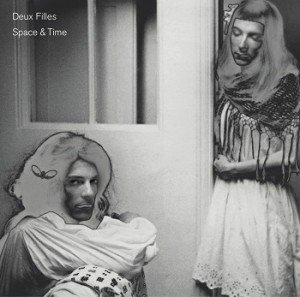 Les Disques du Crépuscule presents Space & Time, a brand new album by Deux Filles, the reclusive arthouse duo comprising Colin Lloyd-Tucker and Simon Fisher Turner, aka Gemini Forque and Claudine Coule. The fictive French girls released two high-regarded albums of ambience and found sound at the dawn of the 1980s, Silence & Wisdom and Double Happiness. Since then Simon Fisher Turner has become a prolific soundtrack composer (Caravagio, Blue, The Epic of Everest), as well as finding cult pop success as The King of Luxemburg. Alongside a string of eclectic solo releases, Colin Lloyd-Tucker’s vocal and production credits include work with Kate Bush, The The and Sweet Dreamer. Space & Time sees Deux Filles reunited after 33 (and a third) years of silence, recorded on a musical Grand Tour which took in France, England, Scotland, Nicaragua and Japan. Now, as then, fellow travellers include Matt Johnson (The The), Anni Hogan (Marc Almond), Paddy Bush, and The Elysian Quartet.

“The best thing about some fictive characters is they never age… With Space & Time it’s as if the interim between then and now hasn’t registered at all. On opening track Her New Master, a tape is heard winding into action, as if playing such a tape once again has unlocked the essence of Gemini and Claudine, and the track is a florid accompaniment to their reawakening. It’s a fleet, wide-eyed introduction with the sampled enunciations of what sounds like a papal clergyman expressing benediction from a distance above incipient, amorphous shades of neo-classical grace.Unstructured whimsicality, like an incidental, oddball lullaby characterises Mandy’s Playroom, but it’s only when we arrive at ‘Horsebox Parade’ does a quietly overwhelming affect – in tradition with the duo’s finer moments on earlier records – begin to take shape. This continues on Moon Starer’s Return, another interlude, but one that defies its brevity with a lush baroque procession, as if Joe Meek were to offer a 30th century version of Greensleeves. Meanwhile Prayer for Vince shares a similar mood, conveying the elevated feel of a score and thereby revealing some semblance of Turner’s work as a soundtrack composer.Yet due to the discursive course undertaken across these 24 tracks, such qualities are more like nebulous tracings than categorical imprints. Just as an idea of where we’re headed seems stable – in this case melancholic orchestral soundtrack-esque themes – disruptive vignettes derail proceedings, as on Shell-Like Cornice and Mouth Popsicle Explosion, the former a chasm of furtive, overlapping whispers and the latter a strange stopgap of Didgeridoo-like derangement. It’s perhaps what makes the record so appealing. It’s an open, unpredictable book that seems to lead down one corridor before slipping into an altogether different one, yet these oblique wanderings still feel part of the same remote construction. Over 30 years since supposedly ‘disappearing without trace during a trip to Algiers in 1984’ and their fiction of playful mystique is very much intact, populated by a music as mutable, subtle, and beautiful as ever”

“This collection of 24 sketches continues through Editions EG territory, a cornucopia of instruments feeding new wave sounds which wash field recordings up on windswept beaches and tranquil riversides. There, the composers meet and converse with a range of fellow travellers from across their careers. There is that time-honoured conceit at play, ‘the realm of dreams’, but the roll-of-eyes that brings doesn’t do the record justice. It’s delightful stuff. Both Filles are extremely talented at capturing moments of beauty in their music and it’s a joy to hear them continuing to do so into their late middle age”