(THE STRAY TROLLEYS, THE CLEANERS FROM VENUS,

THE BROTHERHOOD OF LIZARDS) 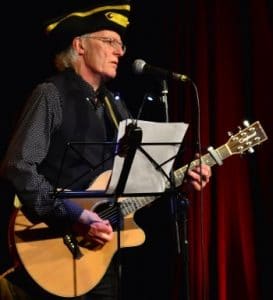 1. QUALIFICATIONS?
I have no formal qualifications. I came from a military family and went to 11 different schools. When I was fifteen I left my final school in London , having taken no exams. I went out to work and never returned to formal education. I always read a lot of books. I taught myself music and literature.

2. CREATIVE LIFE HIGHLIGHTS?
There have been many. The first big one was when I joined a glam rock band, aged 19 and went out doing gigs. It changed my life. The next one was getting a sound-on-sound tape recorder, then a few years later, my first Tascam Portastudio 144. Home-recording was always an obsession of mine and still is. I made most of my best records at home.

3. AMBITIONS?
To finish writing an Indie rock musical… a lof-fi musical of my own. To fill it with good songs and have someone put it on the stage. Oh and I wouldn’t mind having just one BIG worldwide hit record before I die. Something which might deeply annoy the conventional music business people.

4. SONGS YOU WISH YOU HAD WRITTEN?
There are probably many. They change with each day. One record which I heard in 1981, was a solo record by Barry Andrews,(early XTC) “Rossmore Road” I really loved that. It was like baroque punk.mixed with Penny Lane.

5. DESERT ISLAND DISCS?
Again this is really hard but I have to say that one would be a Greek record “Break” by Aphrodites Child. Such a brilliant record. Maybe the Beatles “There’s a Place.”

6. FAVOURITE ARTISTS/BANDS OF ALL TIME?
The Beatles, Family, Pink Fairies, High Llamas, XTC, Smiths, The Who, The Kinks, The Move, Dusty Springfield, The Stones, Jake Thackray…to many artistes.

7. WHAT MUSIC ARE YOU LISTENING TO NOW?
The Move The Complete Singles Collection (crimson records) and Jordi Savall -Hesperion XX1
Armenian Spirit on Alia Vox Records.

11. INDIE MUSIC IN THE AGE OF THE INTERNET?
The Internet has been the vindication of me. Because I stayed away from the mainstream music industry and the music press, many people around me didn’t know what it was that I did. Now they can’t believe how much music I’ve made.

12. WHAT IS YOUR PERSONAL MOTTO?
1) If you do nothing nothing will happen.
2) No energy is ever truly wasted, it just returns in a different shape. 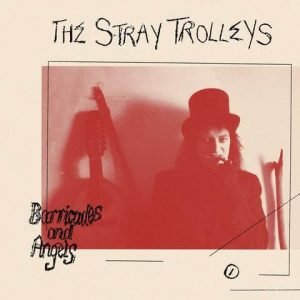 In May of 1979, UK native Martin Newell was 26 years old and in transition. He’d just split up with his girlfriend and moved out of the Colchester house they’d shared for four years. A month later, Newell also stepped down as the singer for Gypp, a band he’d been in for three years. Though they had a great live reputation and a strong regional following, Newell, with some misgivings, felt their music was out-of-step with the times. That same year, he turned down the offer of a literature degree course at university as well. Why bother? He had a part-time washing-up job, a guitar and a room in a rambling, boho house. He could just tear the whole thing down and start again. And so he did.That summer, friend and recording engineer Dave Hoser heard some of Newell’s demos and offered to help record them on his 4-track equipment, dubbed “The Octopus Mobile.” With some of Newell’s former optimism and energy restored, he put together a new band: the then 23-year-old drummer Michael ‘Stix’ Natkanski, former Gypp bass player Tony Phillips and Braintree guitarist Malcolm Burch (a/k/a Max Volume). Calling themselves The Stray Trolleys, the music here predates Newell’s work as The Cleaners from Venus and the bulk of the sessions on their sole album, Barricades and Angels, were recorded at Octopus Studios during spring and summer of 1980. Amazingly, although they had little to no rehearsals, all backing tracks were recorded fairly quickly and everyone got on well, especially in the pub afterwards. 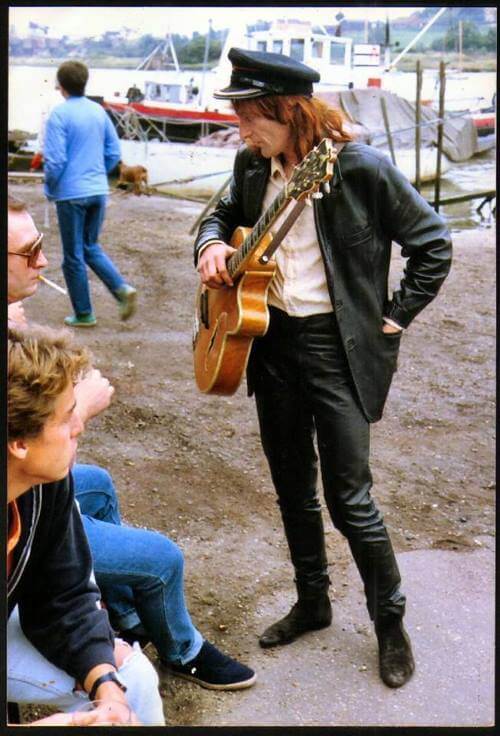 So, what’s the story here? A few youngish unknowns got together in a little home-built country studio and recorded a handful of songs for an album that eventually emerged on a DIY cassette? They weren’t perfect, but there is something very special about this collection. The music captures a time. Just listen.