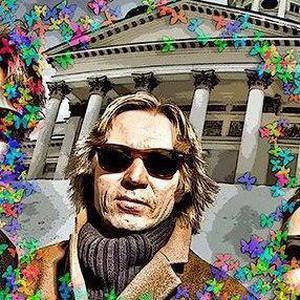 1.QUALIFICATIONS?
Musically I’m self-taught. Formally, I have a Master of Arts degree, and I work as a researcher at the University of Jyväskylä, Finland.
2. CAREER HIGHLIGHTS?
Our vinyl releases on the Fruits de Mer label (UK) and the fantastic reviews Permanent Clear Light’s debut album, Beyond These Things, has received.
3. AMBITIONS?
I hope our second album, The Other Side of Life, will become a psychedelic classic.
4. WHICH SONG(S) YOU WISH YOU HAD WRITTEN?
See Emily Play (Pink Floyd), Morning Glory (Tim Buckley), The Jeweler (Pearls Before Swine), And Your Bird Can Sing (The Beatles), America (Paul Simon), Eleanor Rigby (The Beatles), Mr Tambourine Man (Bob Dylan) and many, many others.
5. DESERT ISLAND DISCS?
Revolver, Sgt Pepper’s, White Album (The Beatles), Highway 61 Revisited (Bob Dylan), In the Court of the Crimson King (King Crimson), Forever Changes (Love), Notorious Byrd Brothers (The Byrds), United States of America, Song Cycle (Van Dyke Parks), On the Shore (Trees), Babbacombe Lee (Fairport Convention), The Who Sell Out (The Who), Ummagumma (Pink Floyd), The Use of Ashes (Pearls Before Swine), Pawn Hearts (Van der Graaf Generator).
6. FAVOURITE ARTISTS/BANDS OF ALL TIME?
The Beatles, The Byrds, Bob Dylan, Pink Floyd, Pearls Before Swine, Wigwam, Van der Graaf Generator, Van Dyke Parks, Tim Buckley, The Who, Fairport Convention, United States of America, Jefferson Airplane, Spirit, Grateful Dead, The Move, Small Faces, Soft Machine, Quintessence, Procol Harum, Jimi Hendrix Experience, Country Joe and the Fish and many, many others.
7. WHAT MUSIC ARE YOU LISTENING TO NOW?
Mostly oldies; The Who, Fairport Convention etc.
8. THE LAST BOOK YOU READ?
On the Road by Jack Kerouac.
9. HOBBIES?
Music, fishing.
10. VINYL, CASSETTE, CD, MP3, WEB STREAMING..?
Vinyl, CD and Spotify.
11. (INDIE) MUSIC IN THE AGE OF THE INTERNET?
The Internet has made it much easier to promote your music globally. Permanent Clear Light is a good example.
12. PERSONAL MOTTO?
Try to act civilized!
Permanent Clear Light
BEYOND THESE THINGS
G.O.D. Records – GOD 003 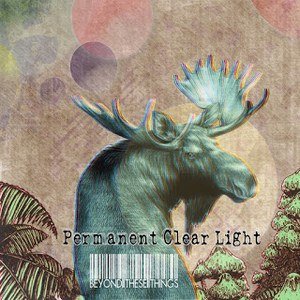 This is the debut album for the Finnish band Permanent Clear Light and it’s entitled Beyond These Things. The band has been gaining quite a lot of attention in the psychedelic community. At the same time, for prog fans there is much to appreciate here as well as the band weave a musical path that covers both the prog and psych territory. The trio formed in 2009 but each of the members brought with them a lengthy resume of musical experience in a wide range of genres and styles. The band is made up of Markku Helin (lead guitar, synth bass), Arto Kakko (percussion, keys electric violin, guitar, vocals) and Matti Laitinen (vocals, guitar). They actually perform on a wide range of instruments not listed there and that’s really what creates such a grand musical scope for their music going from heavy psychedelia to more symphonic vibes.
Beyond these Things in the vinyl edition features six-tracks, Five of them appear on the previous cd version,mastered here especially for vinyl plus a 14 minute psychedelic gem never released before. All the prog prerequisites are here: changes in time and tempo, inclusion of unusual instrumentation and musical styles etc. The overall feel of the music is pleasantly laid-back, almost dreamy. That said the band will take time to play with those more relaxed moments repeating a riff and building in intensity to near noise states before relaxing and moving on to the next riff. The psychedelia is ever present with phasing suddenly appearing on a track or droning instrumentation or trance-like rhythms. The band clearly has embraced this musical style. Put together they create compositions that are full of a myriad of intriguing sounds and yet are airy enough to breathe. The mood is rarely dense but rather subdued and even pleasant.
They’ve been called “Finland’s top psychedelic band” and that’s certainly a tag that fits after all look at the band’s name: Permanent Clear Light! When it’s all said and done, I think prog fans will find much to enjoy with the music created on Beyond These Things.