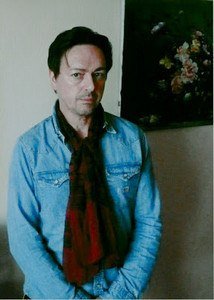 I can hold my drink.
2. CAREER HIGHLIGHTS?
Being able to create 16 albums. To have been able to make a living from singing and songwriting.
3. AMBITIONS?
I’d like to make some more albums. I’d like more people to hear the Lilac Time but I know how fortunate I am to have achieved what I have. I’d like to finish writing my book and it to be good. I started it in 1979.
4. SONGS YOU WISH YOU HAD WRITTEN?
Desolation Row or any staggering Dylan song.
5. DESERT ISLAND DISCS?
Townes Van Zandt – At My Window
Bob Dylan – Sign On The Window (With Orchestral Overdubs – Another Self Portrait)
Patti Smith – Wave
The Rolling Stones – Back Street Girl
George Jones & Tammy Wynette – We’re Going To Hold On
Grateful Dead – Attics Of My Life
Jimmy Webb – P.F.Sloan
The Incredible String Band – Maya
Jackson Browne – These Days (Solo Acoustic album version)
Phil Ochs – Changes
Ryland Cooder – Dirty Chateau
Radha Krsna Temple – Govinda Jai Jai
Don Gibson – Sea Of Heartbreak
Judy Silll – The Kiss (Demo version)
PJ Harvey – The Devil
David Crosby – Laughing
6. FAVOURITE ARTISTS/BANDS OF ALL TIME?
Bob Dylan, The Incredible String Band.
7. WHAT MUSIC ARE YOU LISTENING TO NOW?
Ryan Adams live at Carnegie Hall.
8. THE LAST BOOK YOU READ?
Eliot by Stephen Spender.
9. HOBBIES?
Brutalist Architecture.
10. VINYL, CASSETTE, CD, MP3, WEB STREAMING?
Anything physical. I prefer analogue I think the digital domain could be an illusion.
11. INDIE MUSIC IN THE AGE OF THE INTERNET?
The internet isn’t the counter culture I was after.
12. PERSONAL MOTTO?
BOHEMIA FOREVER!

The Lilac Time – No Sad Songs 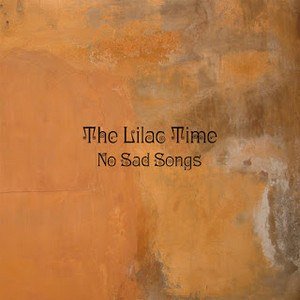 A prose-poem, which Stephen Duffy composed especially for the release of the new and ninth album by his band The Lilac Time, contains the lines: “I was a flower child, now I’m a flower man.”
It took a long time before one became the other. When viewed from space, Stephen Duffy’s path may well appear labyrinthine, filled with loopholes and trapdoors. Yet a sober perspective reveals path of a musician and poet who is independent in the very best sense of the word.
Nevertheless: A lot has happened since the young boy kept his Praktica camera trained on street scenes in the Birmingham of the Cold War. Back in 1979, an 18-year-old Stephen Duffy was founding member of Duran Duran. Yet he did not board the train to superstardom. The visionary instinct of the young artist had other intentions. He might have had Bob Dylan, Nick Drake and The Incredible String Band in mind, but he himself was not allergic to success. He quickly understood that a songwriter with an acoustic guitar had little access to the merry-go-round of the charts in the early eighties. Instead, he emerged as Stephen “Tintin” Duffy, trading his guitar for a synthesizer and making chic, clever and sparkling POP music in capital letters. The young man with the melancholy expression even landed two international hits with Kiss Me and Icing on the Cake. But before the record company was able to put their plan into action and turn Duffy into the next Rick Astley, he took flight. He mothballed his pop persona and founded a band with his brother: The Lilac Time.
On their debut in 1987, they made what Stephen had long dreamed of: Flower Music. The single Return to Yesterday conjured visions of Simon & Garfunkel. In an era of slapping basses and smacking snares, the instrumentation was exceptional: mainly acoustic, with guitars, banjos, fiddles and accordions, all beautifully arranged by Nick Duffy, who was also responsible for composing the instrumental pieces on the record.
Keep in mind that the New Acoustic Movement, which brought forth bands like Belle And Sebastian and The Kings Of Convenience, was still more than ten years away. Often in diametrical contrast with this melancholy folk pop were Stephen Duffy’s lyrics, with descriptions of suburban tristesse placed seamlessly alongside biting commentary on the issues of the times and courageous reports of the singer’s moments of excess and aventures amoureuses.
Unfortunately, the studio marathons of their fourth album led to tensions within the band, and they dissolved as a result. Stephen Duffy continued to make great records, which were often shamefully ignored by the mainstream, such as Music In Colors, which was created in collaboration with the star violinist Nigel Kennedy. But whenever he was accused of apparent failures by the likes of the sardonic British press, he countered with the certainty of a free spirit: He felt obliged to make his music, not for a quick buck, but only for the sake of his ideas. Poetry, not Logic!
Thus in 1999 came the resurrection of The Lilac Time – with brother Nick as well as new members in Claire Worrall and Melvin Duffy – and the album Looking for a Day in the Night, a masterpiece of musical restraint, light and clear, almost white.
Robbie Williams also took note of this album. He invited Stephen to a songwriting session, which led to Duffy’s first Number One single and finally in 2004 an entire Williams album with Duffy as co-writer and producer.
Then Stephen once again focused on his own projects: 2008 saw the original line up with Claire and Melvin play the Green Man festival and the release of Runout Groove. 2009 saw Memory & Desire: 30 Years in the Wilderness with Stephen Duffy & The Lilac Time, a documentary shown at film festivals around the world and an accompanying double best of anthology. 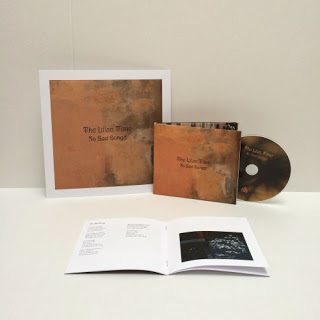 The Lilac Time waited four years to begin work on No Sad Songs. Stephen, Nick and Claire, who had also since become a Duffy, moved to Cornwall and recorded twenty songs, ten of which appear on the album. Their hypnotic effect is the direct result of the time and the love that was put into this music. It begins with slow-motion guitar picking, then a cautious, yet eternally reverberating beat of a tympani, strings appear, then Stephen Duffy sings more purely and meaningfully than ever before: “Have I told you that I love you” an entire five times in a row before adding almost silently… “today”. And here, in the very first song, TheFirst Song Of Spring, the mission of The Lilac Time comes to light. The title says it all: No Sad Songs. Enough cynicism. The angels have fallen, and have landed softly. Yet neither the music nor the lyrics have anything to do with smug sentimentality. The demons are there to be confronted. “There is no closure, no therapy, there’s only the daily fight to be free” is the message in A Cat on the Long Wave. Slow down, arrive, but never cease to find new beginnings. Real life is a dream – one that is in at least 35mm and widescreen. So incredibly powerful and vast, yet light and transparent is the sound of this record.
In The Western Greyhound, Stephen Duffy sings, “I saw a sign in heaven: Bohemia Forever”. Here they are. The flower people. And perhaps the best version of themselves, with their best album!